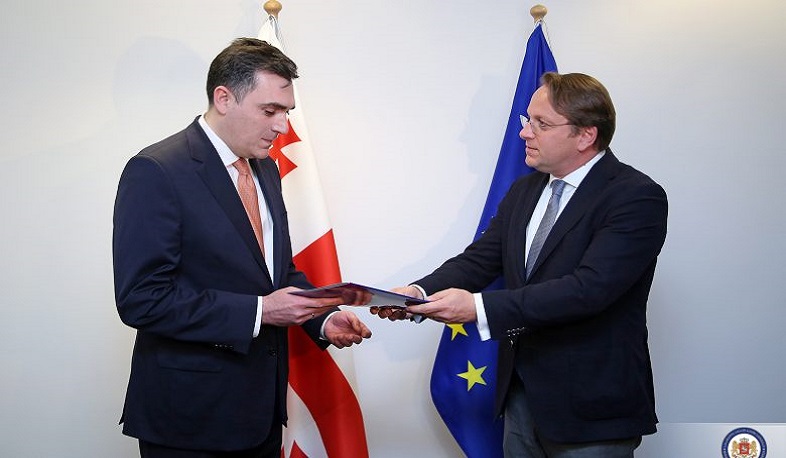 EU Membership Questionnaire was handed to Georgia on 11 April, in Luxembourg. Based on the Questionnaire, the European Commission will deliver its opinion on granting the country candidate status, Georgia Today reports.

The European Union membership questionnaire was handed to the Georgian Foreign Minister, Ilia Darchiashvili by Oliver Varhelyi, the European Commissioner for Neighbourhood and Enlargement.

By making an EU membership application and receiving the EU membership questionnaire, Georgia has advanced to a qualitatively newer, more ambitious, and important stage on its path of EU integration.

This logical step under the EU procedure envisages assessing the country’s political and economic performance and the compliance of its legislation with EU Law.