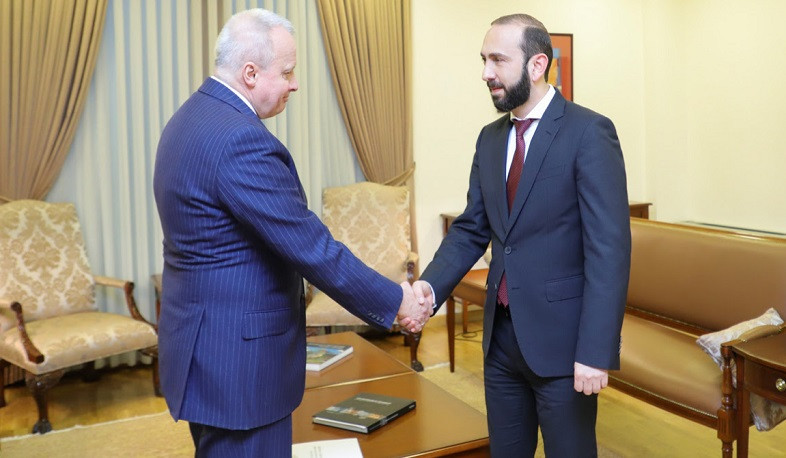 At meeting with Kopirkin, Mirzoyan highlighted assessment of relevant Russian departments on incursion of Azerbaijan

On March 28, the Foreign Minister of Armenia Ararat Mirzoyan received the Ambassador of Russia to Armenia Sergey Kopirkin.

During the meeting, Ararat Mirzoyan and Sergey Kopirkin discussed the situation in the village Parukh of Nagorno-Karabakh in the area of responsibility of the peacekeeping contingent of the Russian Federation, resulting from the incursion of the Azerbaijani armed forces launched on March 24.