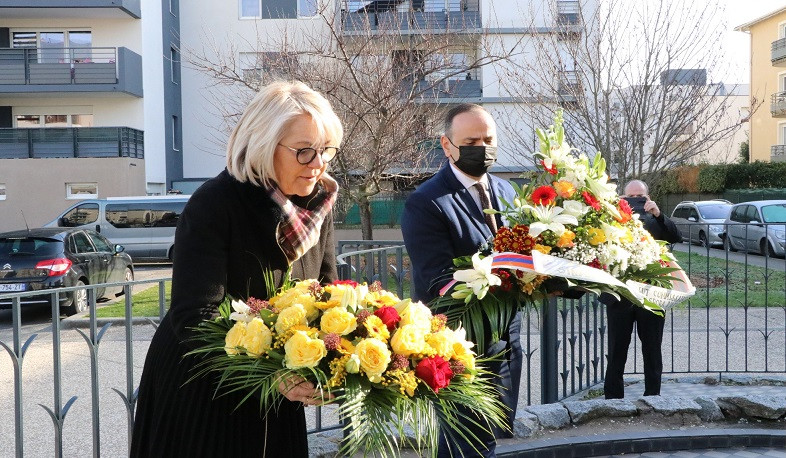 High Commissioner Zareh Sinanyan continues his working trip to France with a visit to Lyon. His first meeting in Lyon was with the Mayor of Décines-Charpieu, Laurence Fautra.

“I am glad that we have mayors such as yourself in largely Armenian-populated cities. I am sure that our compatriots feel grateful as French citizens,” said Zareh Sinanyan.

Currently, the city is in the midst of becoming sister cities with Stepanavan in Armenia, and with ongoing efforts, a TUMO center in Lyon opened in January. "I am a friend of the Armenian people. In another life, I was definitely born an Armenian. Armenians are a progressive people, and this is in their culture and genes. That is why, to some extent, I feel like an Armenian and carry the cross I received as a gift from Yerevan," Laurence Fautra said.

She vividly remembered her last visit to Artsakh as well. During the meeting, the Mayor and High Commissioner discussed possibilities for expanding cooperation.

Then they laid flowers at the Armenian Genocide victims memorial, located in the center of the city.

Armenian Vice Consul Levon Davtyan will be present at all meetings in Lyon.