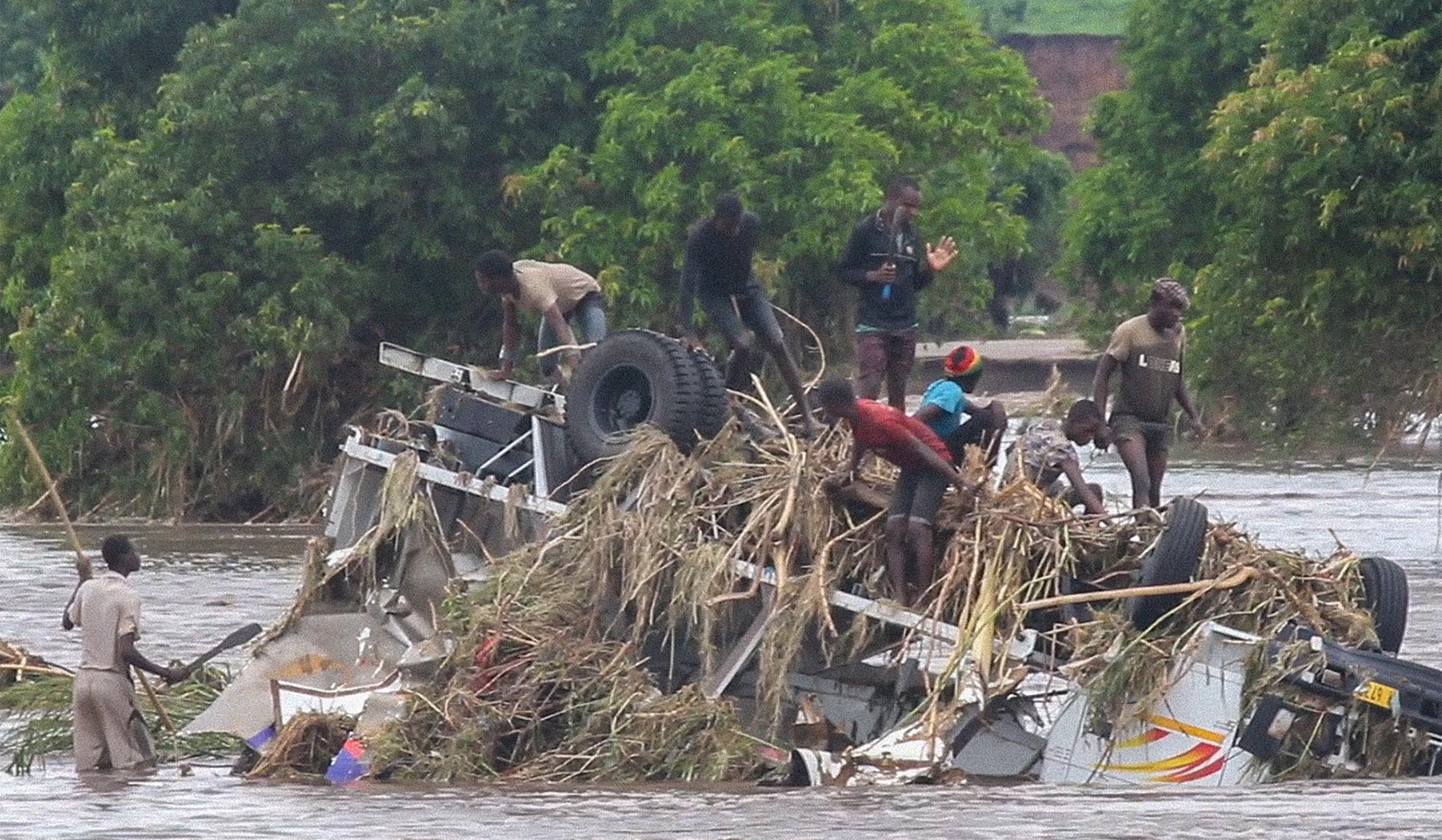 Mozambique, Madagascar and Malawi are counting the deaths and damage by tropical storm Ana and more than a week of heavy rains across southern Africa.

In central and northern Mozambique at least 11 people have died, including children and elderly, and several bridges and roads have been washed away, according to a statement from Mozambique’s disaster management authority.

Among the dead is the administrator of the northwestern city of Tete whose vehicle was swept away on Tuesday by the surging waters of the Revuboe River as he was going to inspect a bridge that had been closed by the flooding. Minutes after his vehicle was taken, the middle section of the bridge was swept away, according to reports in local media.

In all, five vehicles were carried away by the raging waters.

Electricity has also been cut off to large parts of Mozambique and Malawi as pylons have been knocked over by flooding waters and hydro turbines have been clogged by large piles of debris carried by the waters.

Although Ana has weakened to become a moderate tropical depression, much of the southern African region continues to get torrential rains.

Prolonged rains have increased the damage in Madagascar, where the death toll has risen to 39 and more than 101,000 people have been made homeless by the flooding, said officials.

Malawi’s Shire River, which flows from Lake Malawi through Mozambique into the Zambezi River, has also reached the alert level and is causing flooding in low-lying areas.

Malawi’s main highway has been cut off by the flooding and many people are feared trapped by the surging waters, according to Malawi government officials.

Mercy Jailosi was traveling in a van that was carried away by the Shire River’s waters in Malawi’s Chikwawa area. She said she managed to swim in the dark of night and then cling to a pile of washed-away garbage.

“I held on to it and slept there till early morning,” a tearful Jailosi told The Associated Press. “I could feel snakes were there too.”

Early in the morning, surging water pushed her further down the river, before an emergency crew rescued her.