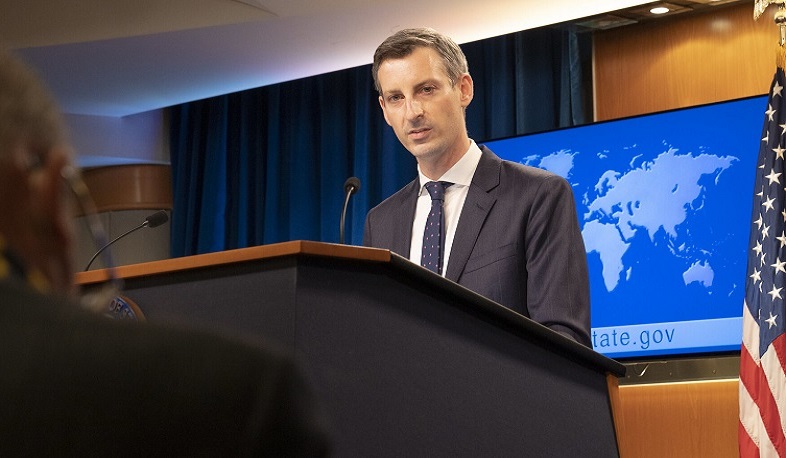 The US administration has informed the Ukrainian authorities on its written response to Moscow’s proposals on security guarantees, taking Kiev’s position into consideration as well, US Department of State Spokesperson Ned Price told a press briefing on Tuesday, TASS reports.

Asked whether the Ukrainian officials were consulted about what this response was going to be, he said: "Yes. <...> We have been consulting extensively with our allies and our partners, and of course when it comes to the latter category, that includes Ukraine. We have not only informed them and given them a preview of what will be in this report, but we have actually explicitly solicited their feedback and incorporated that feedback into our report."

"If any Russian forces move across the Ukrainian border, if there is a renewed invasion, it will be met with a swift, severe, and united response not only from the United States, but also from our allies and partners," the diplomat added.

According to The Washington Post, the United States has asked Russia not to release its written response, but a senior State Department official has said that Moscow will release the document. Russian Foreign Minister Sergey Lavrov had earlier stated that such a step would be right.