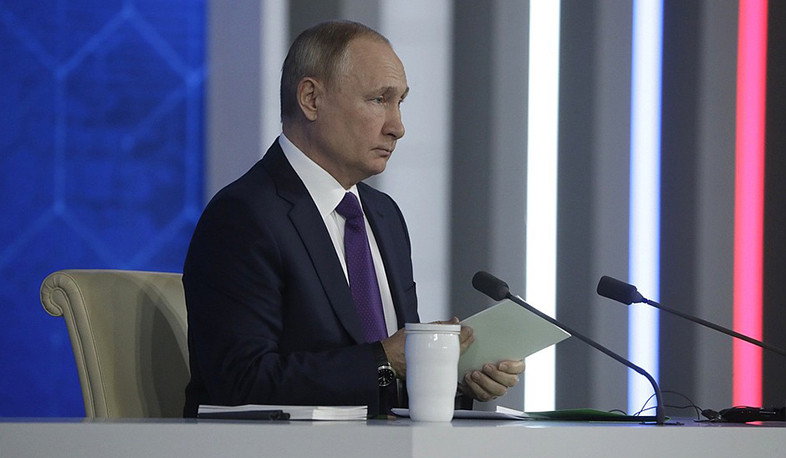 Top Italian executives went ahead with a conference call with President Vladimir Putin on investment prospects in Russia Wednesday, ignoring an appeal from their own government to scrub the event as tensions rise over Ukraine, Bloomberg reports.

“I’m very glad to have the chance to meet with you,” Putin said in televised comments opening the video conference. “We can say with satisfaction that our countries have managed to maintain cooperation on the economic track at a rather high level,” he said, with trade up 54% in the first 11 months of last year.

The government led by Prime Minister Mario Draghi had appealed to the executives not to participate due to the current international situation, an Italian official said, asking not to be named discussing sensitive deliberations. The forum, organized by the Italy-Russia Chamber of Commerce, is a private initiative and neither the Italian ambassador to Moscow nor other government representatives were scheduled to attend, the official said.

Draghi is among the western leaders who’ve called Putin in recent weeks to warn him against military action in Ukraine, threatening severe economic sanctions. The Kremlin says it has no plans to invade its neighbor, but has assembled more than 100,000 troops near the border. The U.S. has taken the lead in efforts to build European support for sanctions, but major countries such as Italy have at times seemed more cautious.

“Italian business sees Russia as a reliable partner,” Vincenzo Trani, president of the Italy-Russia Chamber, said in a statement after the meeting. The two-and-half hour event allowed representatives of top firms to ask questions and discuss problems and doubts about commercial issues, industrial policies and the economic situation in Russia with Putin, Trani said.

Kremlin spokesman Dmitry Peskov said three of the planned participants dropped out of the Wednesday call as a result of illness or other issues.