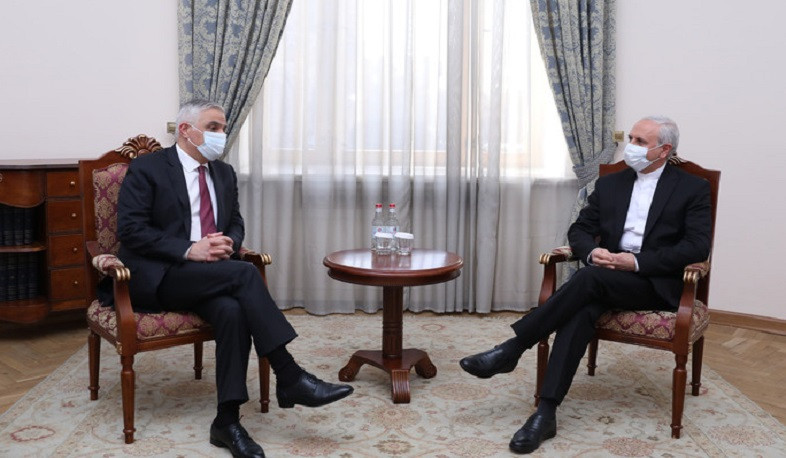 Welcoming the Ambassador, the Deputy Prime Minister highlighted the development of relations with Iran, a friendly country for Armenia, and the full realization of the existing trade and economic potential.

During the meeting the interlocutors discussed the issues related to the organization of the forthcoming 17th sitting of the Joint Intergovernmental Commission of the Republic of Armenia and the Islamic Republic of Iran. The prospects for the development of cooperation between the two countries in the fields of energy, transport and economy were touched upon.

The sides also discussed the scope of cooperation between the Eurasian Economic Union and Iran and the opportunities for its expansion. In this context, the Deputy Prime Minister stressed Armenia's readiness to support Iran in deepening relations with the EEU.