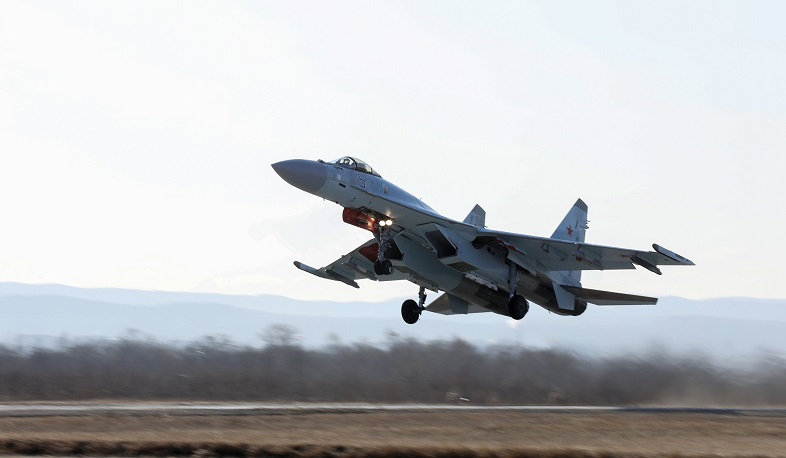 Crews of Su-35s of EMD, involved in inspection of reaction forces of Union State, continue to relocate to Belarusian airfields

Crews of multi-purpose Su-35s fighters of the Eastern Military District, involved in the inspection of the reaction forces of the Union State, continue to relocate to Belarusian airfields, Russian Defense Ministry reports.

During the flight, the crews make intermediate landings at the airfields of the central and western military districts to prepare for the subsequent departure and rest of the crews.

The flight routes of multifunctional fighters have been carefully worked out by aviation navigators and take into account the possibilities of maximum non-stop flight of aircraft, as well as weather conditions along the entire route.

In preparation for the relocation, the engineering and technical staff of the aviation regiment carried out a detailed check of the operation of all aircraft systems and equipment.

After arriving at the airfields of the Republic of Belarus, the crews of multifunctional Su-35s fighters will take up combat duty on air defence as part of the inspection of the functioning of the unified air defence system of the Union State.

The inspection of the reaction forces of the Union State will take place in two stages.

During the second stage of the inspection (from February 10 to 20), a joint exercise Union Courage–2022 will be held, within the framework of which the issues of suppressing and repelling external aggression, as well as countering terrorism and protecting the interests of the Union State will be worked out.