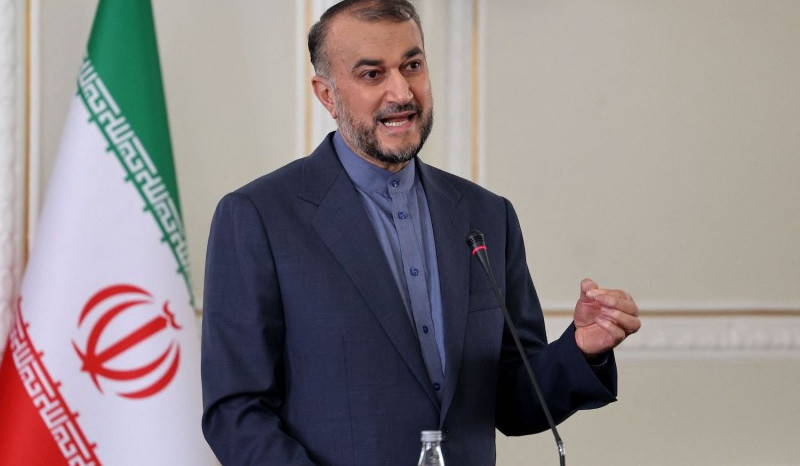 Iran ‘will consider’ direct talks with US, says foreign minister

Tehran is willing to engage in direct talks with Washington if negotiations to revive the Iranian nuclear deal reach an advanced stage that requires such dialogue, Iran’s foreign minister has said, Al Jazeera reports.
Hossein Amirabdollahian’s remarks on Monday came as United States officials have been urging direct negotiations to restore the 2015 accord, formally known as the Joint Comprehensive Plan of Action (JCPOA).
“Reports saying that Iran and the US are directly negotiating with one another are untrue,” Amirabdollahian said during a news conference in the Iranian capital, Tehran.
“However, if we get to a stage where reaching a good deal with strong guarantees necessitates direct talks with the US, we will consider it.”
Iran had previously ruled out direct meetings with the US. Instead, the two sides have been negotiating indirectly in Vienna to revive the deal, which saw Iran scale back its nuclear programme in exchange for lifting international sanctions against its economy.
Later on Monday, US President Joe Biden’s administration reiterated its call for direct talks.
“Meeting directly would enable more efficient communication, which is urgently needed to swiftly reach an understanding on a mutual return to JCPOA compliance,” a Department of State spokesman told the AFP news agency.
Last month, Robert Malley, the US special envoy for Iran, told Al Jazeera that US diplomats are willing to meet their Iranian counterparts “at any time and any place”.
“We’re prepared to meet with them face to face,” Malley said. “We think it’s far superior to indirect negotiations. And we’re dealing with something this complex, with so much mistrust, with so much potential for misunderstanding.”
Views 11