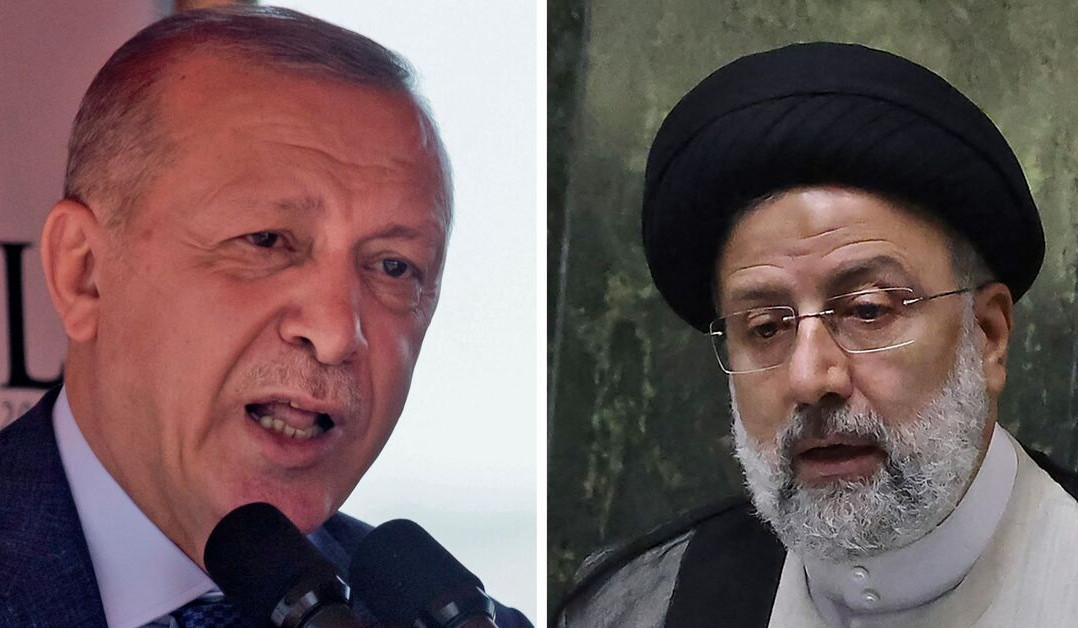 In their telephone conversation, the presidents of Iran and Turkey discussed bilateral and regional relations and stressed the need to strengthen the level of cooperation and coordination between Tehran and Ankara, according to the official website of the Iranian presidency.

President Raisi stressed the need to respect the sovereignty and territorial integrity of countries as the only way to lasting security and stability in different parts of the region.

President Erdogan, for his part, expressed interest to visit Tehran soon, stating that Turkey has prepared a list of various economic cooperation to strengthen relations with the Islamic Republic of Iran.

Emphasizing the continuation of Turkey's energy supply by Iran, the Turkish president said, "Turkey considers Iran a reliable supplier of energy and seeks to increase the level of its cooperation with Tehran."

Referring to Ayatollah Raisi's visit to Moscow and meeting with President Putin, Erdogan expressed hope that the results and useful achievements of this visit will soon be felt in various regions, and stressed his country's cooperation with Iran for achieving regional security.

Referring to the wide and diverse areas of cooperation between Iran and Turkey in various sectors, including energy, banking and monetary issues, and trade and commerce exchanges, Raisi said, "We should facilitate the development of economic relations and in this regard, preferential tariffs can be reviewed.”

Emphasizing the close cooperation and relations between Iran, the Republic of Azerbaijan and Turkey, the president of Iran said, "The three countries have many cultural, religious and ideological commonalities, and these relations should not be allowed to be disrupted, but should be as close as possible to disappoint our common enemies.”

The Iranian president added, "The Islamic Republic of Iran supports formation of an inclusive government in Afghanistan and we believe that all groups and ethnicities in Afghanistan should have a role and participation in the future of Afghanistan."

He added, "The problems of the region must be resolved by the countries of the region, and the presence and intervention of outsiders not only will not help solve the problems, but will complicate the situation."

President Raisi also stressed the importance of stability, peace and respect for the territorial integrity of Iraq, saying, "The Islamic Republic of Iran supports and emphasizes the establishment of a strong government accepted by the Iraqi people.”

During the meeting, the Turkish leader also said that his country considers it necessary to strengthen bilateral and regional cooperation with Iran.

"We can make a leap in the relations between the two countries, especially in the economic sectors," he said.

Erdogan also said, "The White House is training and arming all terrorist groups in the region, including Daesh and the PKK, and providing them with terrorist equipment and tools to create insecurity."

He added, "The Islamic Republic of Iran, Russia and Turkey can maintain security and stability in the region with the cooperation of other countries in the region."