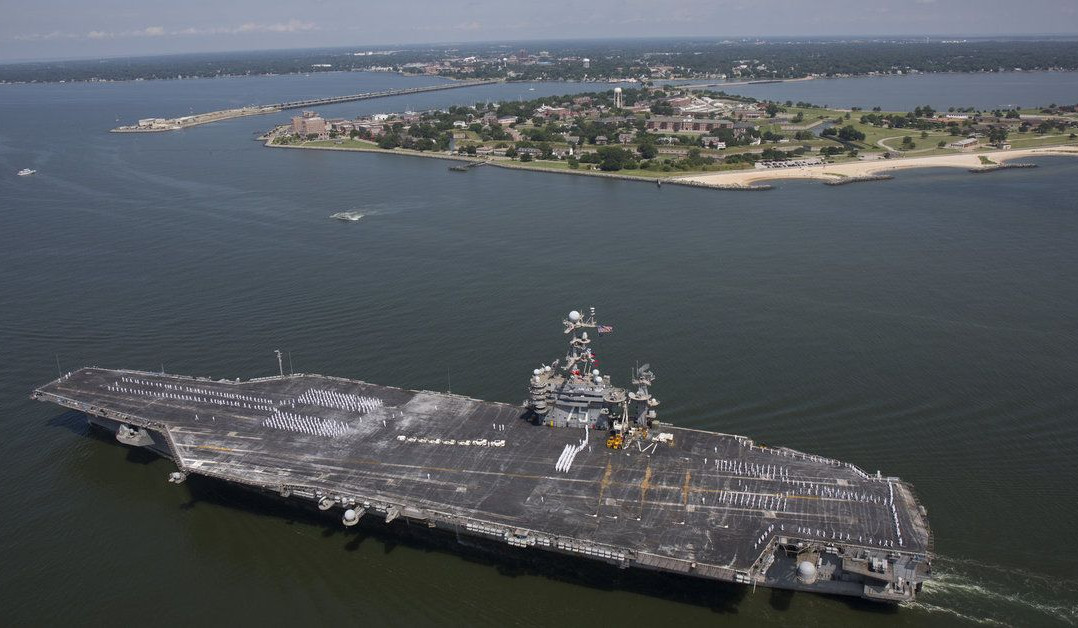 NATO to hold major naval drills in the Mediterranean Sea

The United States and NATO partners will conduct a 12-day maritime exercise in the Mediterranean Sea, beginning Monday, US Department of Defense spokesperson John Kirby said on Friday, DW reports.
The maritime exercise, called "Neptune Strike '22" will run through February 4 and is meant to demonstrate and test NATO's maritime capabilities, according to Kirby.
The US announced the decision to hold NATO naval drills, which will involve the participation of the USS Harry Truman aircraft carrier, a day after Russia said it would demonstrate its own naval capabilities for two months, January and February, from the Pacific to the Atlantic Sea.
The USS Harry Truman aircraft and its carrier group have been at the Mediterranean Sea since the middle of December, when the US ordered the aircraft carrier to position itself in the Mediterranean instead of making its way to the Middle East.
US Secretary of Defense Lloyd Austin said the decision was to "reassure" Europeans amid tensions with Russia.
The announcement came just hours after US Secretary of State Antony Blinken held talks with his Russian counterpart, Sergei Lavrov, in a bid to de-escalate tensions surrounding fears that Moscow might be preparing to invade Ukraine.
Kirby told reporters on Friday that tensions with Moscow had played a part in discussions about conducting the naval drills, but the NATO "exercise itself is not designed against the kinds of scenarios that might happen with respect to Ukraine."
Russia announced its own maritime maneuvers in the Atlantic, the Arctic, the Pacific and the Mediterranean Sea, involving 140 warships and 10,000 servicemen, over the months of January and February.
Views 10