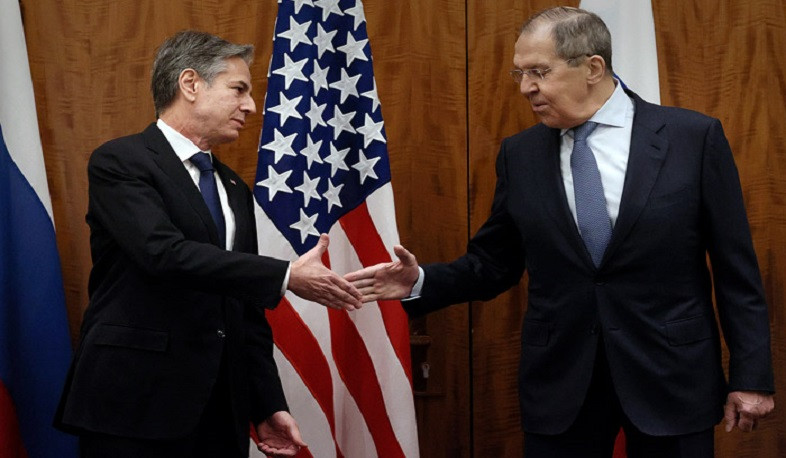 Negotiations of Russian and US foreign ministers over in Geneva

"(Our) proposals are extremely concrete and we await equally concrete answers," Lavrov said, despite telling Blinken he did not expect a breakthrough at the talks.

Lavrov told Blinken he expected no breakthrough from their talks in Geneva, but wanted to hear a concrete response to Moscow's security demands.

"This is a critical moment. You're right: We don't expect to resolve our differences here today," Blinken said in his opening remarks. "But I do hope and expect that we can test whether the path of diplomacy, of dialogue remains open. We’re committed to walking that path, to resolving our differences peacefully and I hope to test that proposition today."

The two men were meeting in Geneva amid Western fears that Russia may invade its neighbour Ukraine. Russia denies planning an attack, but says it could take unspecified military action if a list of demands are not met, including a promise from NATO never to admit Ukraine.

Russian Foreign Minister Sergei Lavrov said after talks with the United States in Geneva on Friday (January 21) that dialogue would continue over Moscow's security demands and that it expected written responses from Washington next week.

Speaking at a news conference after meeting U.S. Secretary of State Antony Blinken, Lavrov said he hoped that emotions would cool down over Ukraine and repeated Russian assertions that it poses no threat to its former Soviet neighbour.

Describing Friday's talks as open and useful, Lavrov said Russia had no plans to attack Ukraine and that President Vladimir Putin was always ready for contacts with U.S. President Joe Biden, but that any contact should be well prepared.