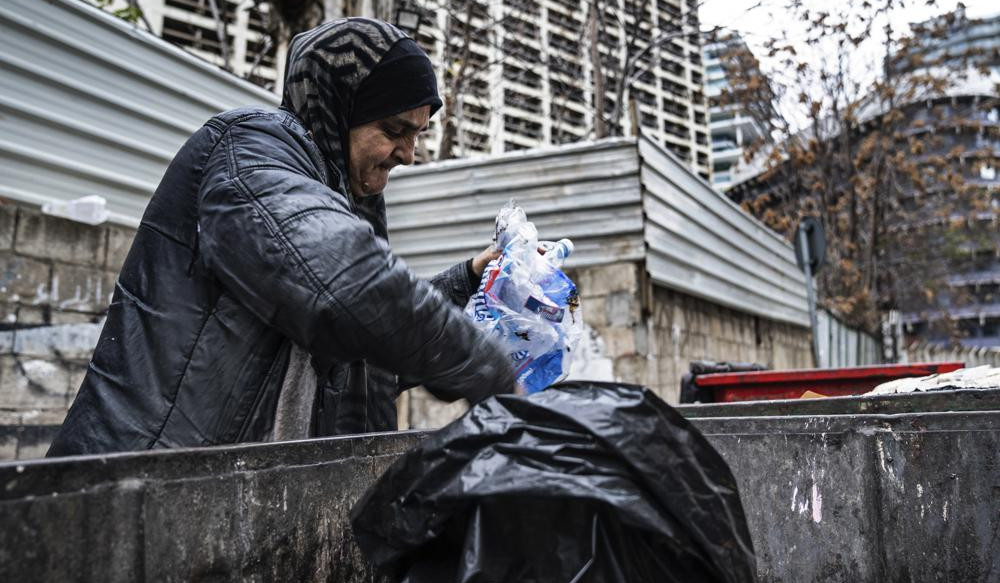 In the dark streets of a Beirut now often without electricity, sometimes the only light that shines is from headlamps worn by scavengers, searching through garbage for scrap to sell, the Associated Press reports.

Even trash has become a commodity fought over in Lebanon, mired in one of the world’s worst financial crises in modern history.

With the ranks of scavengers growing among the desperately poor, some tag trash cans with graffiti to mark their territory and beat those who encroach on it. Meanwhile, even better-off families sell their own recyclables because it can get them U.S. dollars rather than the country’s collapsing currency.

That’s left the poor even poorer and fearful for their futures.

The fight for garbage shows the rapid descent of life in Beirut, once known for its entrepreneurial spirit, free-wheeling banking sector and vibrant nightlife. Instead of civil war causing the chaos, the disaster over the past two years was caused by the corruption and mismanagement of the calcified elite that has ruled Lebanon since the end of its 1975-90 conflict.

More than half the population has been plunged into poverty. The Lebanese pound has nose-dived. Banks have drastically limited withdrawals and transfers. Hyperinflation has made daily goods either unaffordable or unavailable, forcing those coming back from abroad to fill their suitcases with everything from baby food to heart medication.

Trash had been a problem even before the crisis, with major protests in past years against neglect by authorities who sometimes allowed garbage to pile up in the streets.

The trade once used to be the realm of Syrians who fled their own country’s grinding civil war.