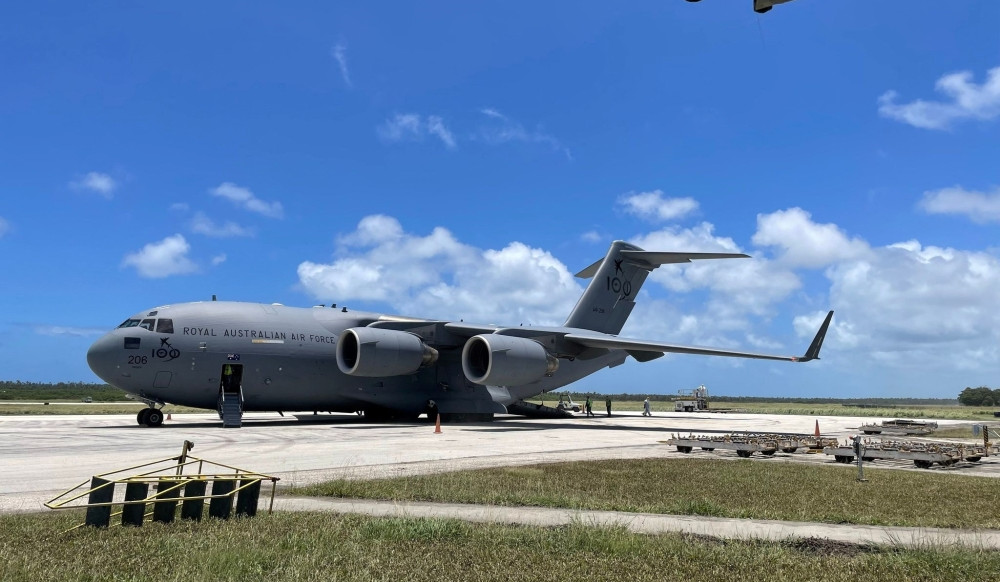 The first Australian military transport aircraft carrying much-needed humanitarian supplies landed in Tonga on Thursday (January 20), five days after the South Pacific island nation was hit by a volcanic eruption and tsunami that devastated communities and spoiled most of its drinking water.

Video and pictures from the Australian Department of Defence showed Royal Australian Air Force (RAAF) personnel loading supplies at its base in Amberley before the C-17A Globemaster III aircraft landed at Tonga's Fua'amotu International Airport, after a blanket of volcanic ash was cleared off the runway. A second Australian aircraft is due to make the flight on Thursday.

The Australian defence minister said its aircraft was loaded with supplies including water desalination equipment, shelter, kitchens, and a sweeper to help remove ash from the airport. The delivery of the supplies was contactless to ensure Tonga remains free of the coronavirus.

The eruption of the Hunga Tonga-Hunga Ha'apai volcano on Saturday (January 15) killed at least three people, sent tsunami waves rolling across the archipelago, damaging villages, resorts and many buildings and knocked out communications for the nation of about 105,000 people.