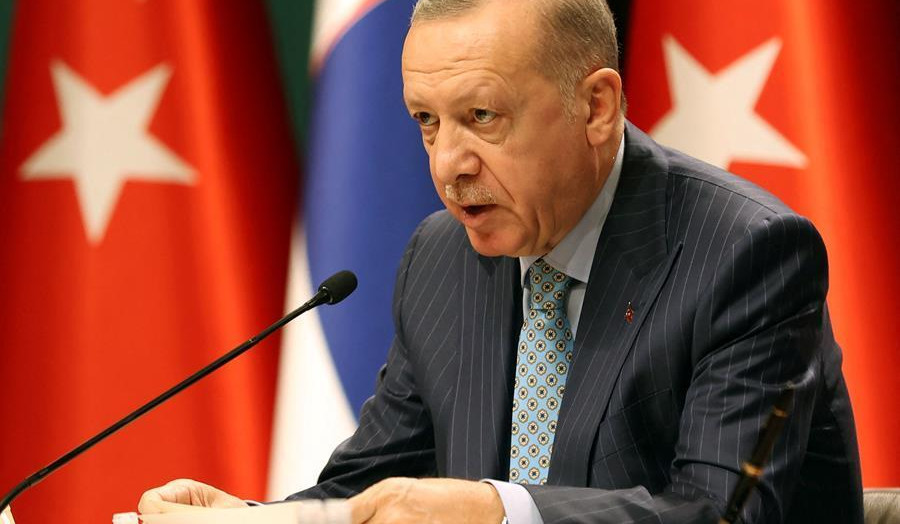 "Turkey is ready to act in any role to reduce the tension between Russia and Ukraine. President Erdogan is holding negotiations both with Russian President Vladimir Putin and Ukrainian President Vladimir Zelensky. In actual fact, he has even invited them both to come to Turkey, if they want to meet and sort out their problems and disagreements," the Sabah newspaper quoted the spokesman as saying.

As the Turkish presidential spokesman also said, Erdogan "will go to Ukraine in the coming weeks for negotiations with Zelensky."

The Turkish president repeatedly stated last year that he wanted to mediate in settling the crisis between Russia and Ukraine. In the course of telephone talks held in December 2021, Putin pointed out to Erdogan that Kiev continued to pursue destructive policy aimed at disrupting the Minsk Accords on settling the situation in southeastern Ukraine.

The West and Kiev have recently been spreading allegations about Russia’s potential ‘invasion’ of Ukraine. Kremlin Spokesman Dmitry Peskov castigated these claims as "empty and unfounded," serving as a ploy to escalate tensions, pointing out that Russia did not pose any threat whatsoever to anyone. However, Peskov did not rule out the possibility of provocations aimed at justifying such allegations and warned that attempts to use military force to resolve the crisis in southeastern Ukraine would have very serious consequences.