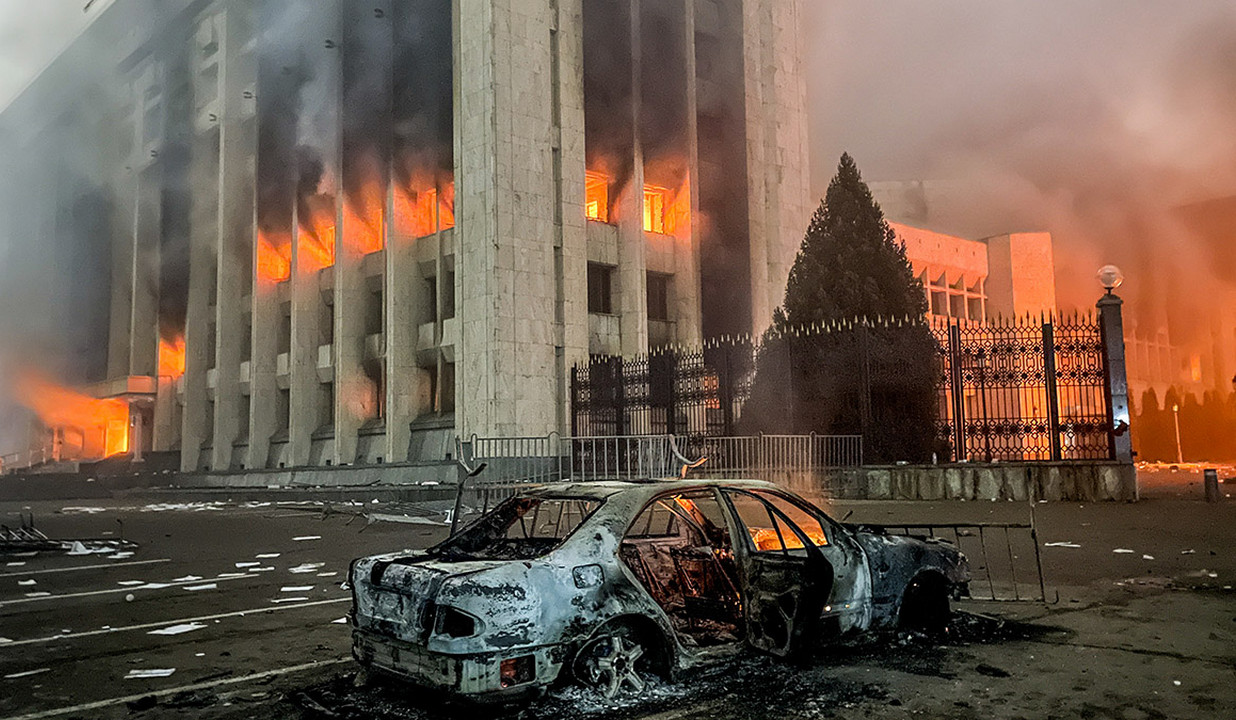 Law enforcement agencies detained more than 2,400 people in Almaty for participation in illegal riots, looting, and other crimes, the information center of the commandant's office of the city announced on Saturday, TASS reports.

"A total of 2,402 participants in illegal riots, looting, and other crimes have been detained since the beginning of the anti-terrorist operation. A total of 79 firearms and 3,976 ammunition have been seized," the report said.

Protests erupted in several cities of Kazakhstan on January 2, escalating into mass riots with government buildings getting ransacked in several cities a few days later. The ensuing violence left scores of people injured, with fatalities also being reported. Subsequently, Kazakh President Kassym-Jomart Tokayev turned to the Collective Security Treaty Organization (CSTO) requesting assistance from the Russia-led bloc. As a result, peacekeepers have already been deployed to Kazakhstan. Law and order, Kazakh authorities affirm, was restored to all of the country’s regions by the morning of January 7.

Tokayev said that the CSTO military played a big role in stabilizing the situation in Kazakhstan, calling their mission a success. On January 13, the withdrawal of peacekeepers from the country began.