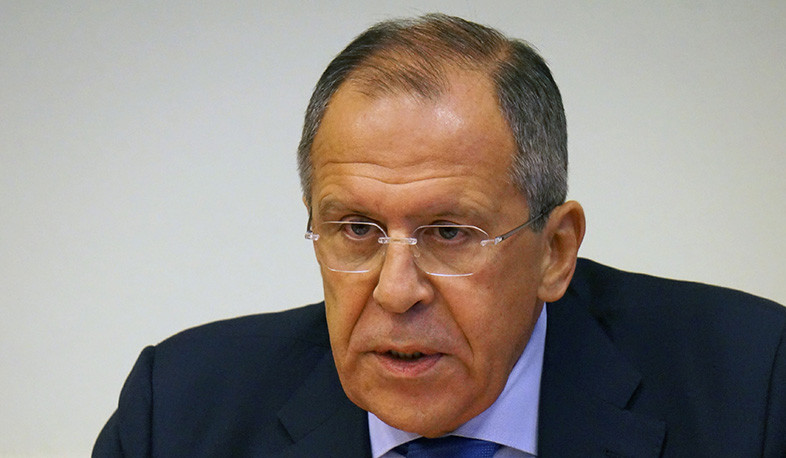 During the annual press conference, Russian Foreign Minister Sergey Lavrov answered questions about the ‘3 + 3’ format, Georgia’s non-participation in it and the Armenian-Turkish dialogue.

“We support and participate in those efforts (Armenian-Turkish dialogue - ed.). They contribute to the stabilization of the situation in the South Caucasus. They contribute to resolving the ongoing political conflicts more actively, more effectively, including economic cooperation between the three countries of the region - their three great neighbors - Russia, Turkey and Iran. We expressed our support for the ‘3 + 3’ format when President Aliyev and President Erdogan first spoke about it, seeing a great unifying potential there. After the idea was voiced, we even made an effort to organize a meeting in Moscow, so that our Georgian partners would also be involved in the process,” Lavrov said.

According to him, these contacts would make it easier to resolve the existing problems. “We are now in dialogue with our Georgian counterparts within the framework of the Geneva process, as well as through the recently established informal pipelines between Moscow and Tbilisi. And the processes launched in the ‘3 + 3’ format include issues related to the development of the whole region. Now, after last year's bloody clashes and battles (meaning the 44-day war in 2020 - ed.), the leaders of Armenia and Azerbaijan signed agreements on the end of battles in the region, the development of trade and economic ties, the unblocking of all communications. Of course, it opens new opportunities in which Russia, Iran, Turkey and, I am sure, Georgia are also interested,” Russian Foreign Minister said.

He expressed the opinion that it would be beneficial for Georgia to join the format, agreeing that only issues that are of interest to all parties without exception will be discussed there. “Since there are no diplomatic relations between us and Georgia at the initiative of Georgia, we have asked Turkey, Azerbaijan and Armenia to explain to our Georgian neighbors the benefits of joining that format for all of us,” Lavrov said.

“Russia has helped to reach an agreement on the appointment of representatives between Armenia and Turkey. They have already been appointed, we are glad that the first meeting is being held in Moscow today. Our role is to support the launch of a direct dialogue between the parties, I hope it will succeed,” Lavrov concluded.