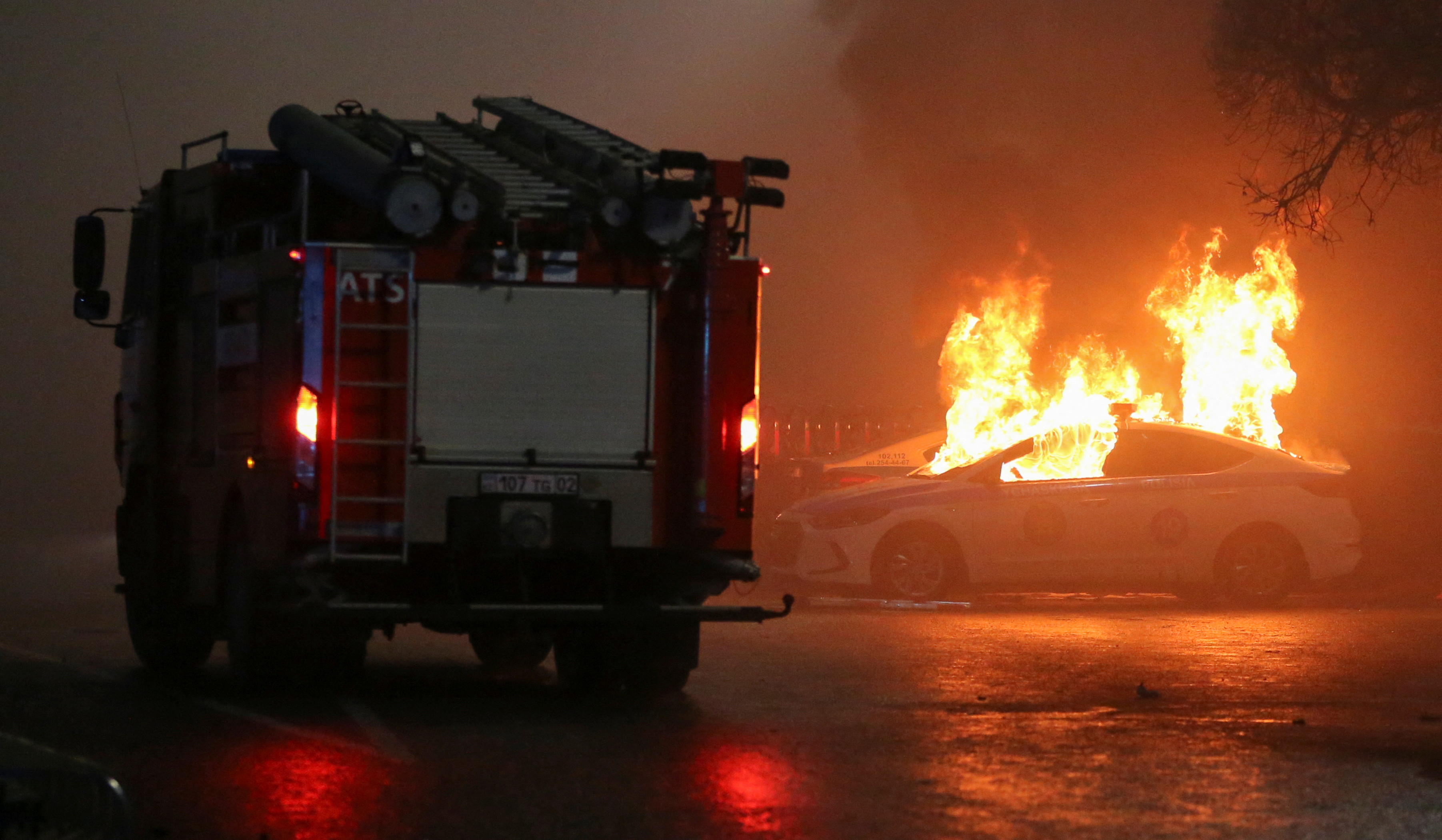 Police used tear gas and stun grenades late on Tuesday to drive hundreds of protesters out of the main square in Almaty, the former Soviet republic's biggest city, and clashes resumed on Wednesday.

The protests shook the former Soviet republic's image as a politically stable and tightly controlled country, which it has used to attract hundreds of billions of dollars of foreign investment in its oil and metals industries over three decades of independence.

Speaking to acting cabinet members, Tokayev ordered them and provincial governors to reinstate LPG price controls and broaden them to gasoline, diesel and other "socially important" consumer goods.

He also ordered the government to develop a personal bankruptcy law and consider freezing utilities' prices and subsidising rent payments for poor families.

He said the situation was improving in protest-hit cities and towns after the state of emergency was declared which included a curfew and movement restrictions.

Nazarbayev, 81, had run the country for almost 30 years before resigning abruptly in 2019 and backing Tokayev as a successor. Nazarbayev retains sweeping powers as the chairman of the security council; he has not convened the council or commented on this week's violence.

The protests began in the oil-producing western province of Mangistau on Sunday following the lifting of price caps on liquefied petroleum gas, a popular car fuel, a day earlier, after which its price more than doubled.

Tokayev declared the emergency in Almaty and Mangistau and has said that domestic and foreign provocateurs were behind the violence.

Separately, the interior ministry said that in addition to Almaty, government buildings were attacked in the southern cities of Shymkent and Taraz overnight, with 95 police officers wounded in clashes. Police have detained more than 200 people.