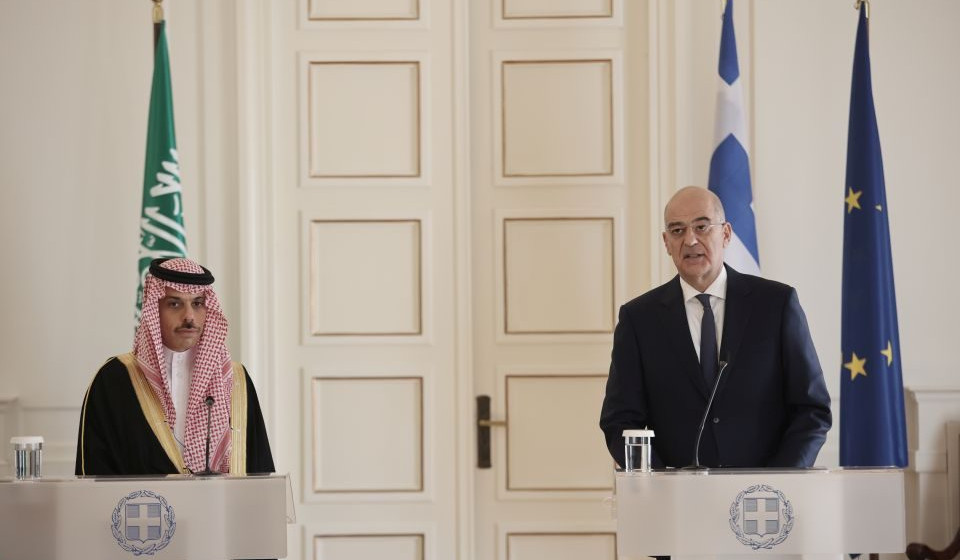 Foreign Minister of Greece Nikos Dendias said Wednesday he discussed the situation in Ukraine and the Western Balkans with Wendy Sherman, US Deputy Secretary of State, ekathimerini.com reports.

Earlier, speaking after a meeting with his visiting Saudi Arabian counterpart Prince Faisal bin Farhan al Saud in Athens, Dendias described Turkey’s stance on Greece as “the epitome of irrationality.”

Turkey’s rhetoric against Greece “has reached a level we have not seen for years,” he noted, noting that the neighboring country is intent on misrepresenting the truth and any sense of lnternational law, including the Law of the Sea.

“It threatens Greece with war if we apply the inalienable right of expanding our territorial waters, as is explicitly foreseen by the International Law of the Sea,” Dendias said.

“Turkey has lined up across our islands the largest landing force and largest landing fleet in the Mediterranean while demanding that we demilitarize our islands – in other words, that we relinquish our recognized right to self-defense, as foreseen in the UN Charter,” he added.

Instead, Turkey should prove its faith in international law practically, by starting to implement it. “One of the simplest and fastest implementations would be the immediate retraction of the casus belli and the immediate recognition of the nullity of the so-called Turkish-Libyan memorandum,” he stressed.