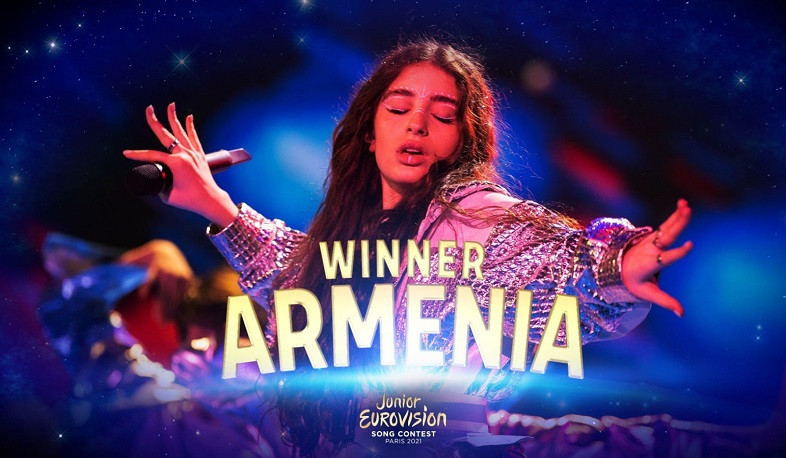 Minutes ago, the Junior “Eurovision” ended, Armenian Representative Malena took the first place with the song “Qami, Qami”. She won as a result of the voting of jury and online voting. Next year the “Junior Eurovision” will take place in Armenia.

It should be mentioned that the Armenian delegate performed under the ninth number. According to the voting procedure of the contest, which was being held on jesc.tv from December 17, the participating country could also vote for its delegate through online voting. The voting ended on the day of the contest, immediately before the show. It restarted during the contest after all the performances. The voting lasted for 15 minutes.

As a result of the viewer voting Malena earned 109 points.

The music author is Davit Badalyan, the author of the lyrics is Vahram Petrosyan, Davit Badalyan, Malena and Davit Tserunyan, the musical producer is Anushik Ter-Ghukasyan. The director of the music video is Artur Manukyan, the operator is Artur Gharayan and the clothing designer is Aram Nikolyan.