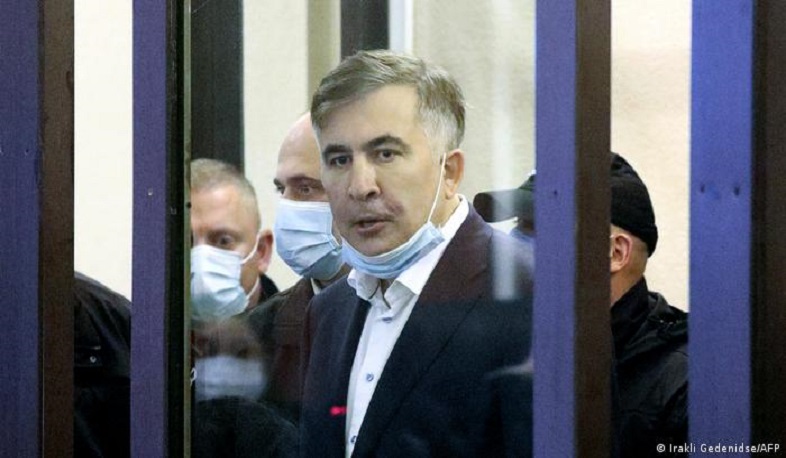 The Special Penitentiary Service of Georgia has dismissed allegations by former president Mikheil Saakashvili that he is being denied the right to visitation and that his TV set has been confiscated, agenda.ge reports.
Saakashvili is currently undergoing treatment in Gori military hospital after ending a 50-day hunger strike. He was arrested in Tbilisi on October 1 after returning to Georgia from eight years in political exile.
Saakashvili said yesterday that he will not take any medication recommended by doctors after his 50-day hunger strike if the ‘restrictions are not lifted.’
He also said that the ‘protest will continue’ until the Ministry of Justice and the Special Penitentiary Service pay a fine imposed by the State Inspector’s Office for the release of videos which depict Saakashvili eating food in prison while on hunger strike and his transfer to Gldani prison last month.
The State Inspector’s Office demanded the ministry delete the videos ‘which include personal data’ from social media and official web pages.
The Special Penitentiary Service says Saakashvili is not being denied the right to meet with his family members and personal doctor; he has a TV set and ‘no restrictions have been imposed against him.’
The agency called on the former president to ‘refrain from spreading false information and misleading the public.’
Views 9