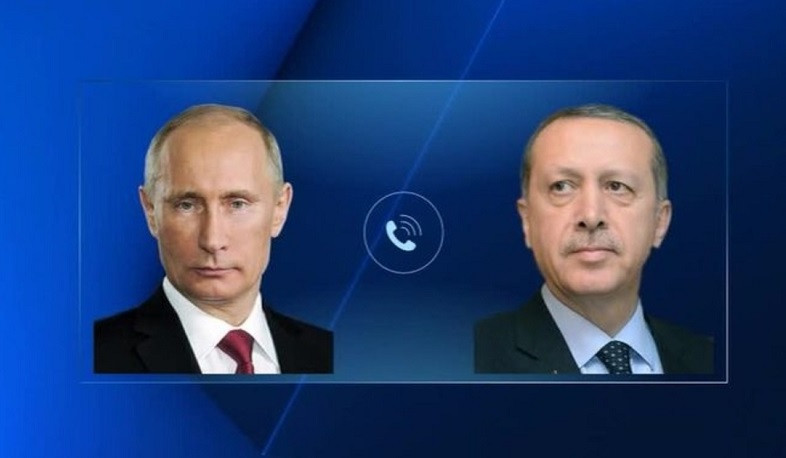 Vladimir Putin had a telephone conversation with President of the Republic of Turkey Recep Tayyip Erdogan at the latter’s initiative, the Kremlin’s website reports.
A number of current bilateral issues, including practical aspects of energy and agricultural cooperation, were reviewed during the conversation. It was agreed to instruct relevant departments to start active preparations for a regular session of the High-Level Cooperation Council, which could be held in the beginning of the new year.
At the request of the President of Turkey, Vladimir Putin informed him about the main results of the trilateral meeting of the leaders of Russia, Azerbaijan and Armenia in Sochi on November 26, which was timed to the anniversary of the signing of the November 9, 2020, statement on Nagorno-Karabakh.
Importantly, during the talks, Baku and Yerevan confirmed their willingness to cooperate for the sake of stability in the region and to create mechanisms for the delimitation and demarcation of the border between the two states. In addition, optimism was expressed about restoring trade, economic and transport links.
Having noted the importance of Russia’s mediation, Recep Tayyip Erdogan expressed support for continuing to coordinate efforts, in part through the Russia-Turkey ceasefire monitoring center.
Mutual satisfaction was expressed with the level of cooperation to promote stability and advance the peace process in Syria. The military of both countries will continue cooperating in the Idlib de-escalation zone in the north of the country.
Regarding Libya, the emphasis was on the absence of any alternatives to a UN-mediated political and diplomatic settlement. Hope was expressed for the success of the national elections on December 24, 2021, which should help restore Libya’s statehood and territorial integrity.
The importance of complete and strict observance of the 2015 Minsk Package of Measures and other agreements, including the Normandy format accords, was emphasized during the discussion of the domestic crisis in Ukraine.
The President of Russia stressed that Kiev has continued its destructive efforts to sabotage the Minsk agreements, such as provocative activities of the Armed Forces of Ukraine in the conflict zone, including the use of Bayraktar attack drones.
It was stressed that Kiev must abandon all attempts to pressure Donbass through force.
The leaders agreed on further personal contacts.
Views 18