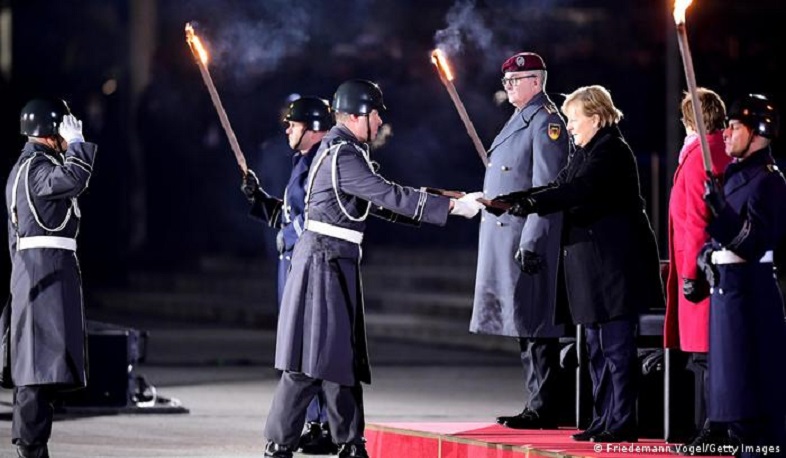 The military tattoo has become the unofficial farewell ceremony for defense ministers, presidents and chancellors.

In a short, earnest speech on Thursday night, Merkel thanked Germans and called on them to approach life with a "lightness of heart" and be optimistic about their country's future.

"Sixteen years as chancellor of Germany were full of events, often very challenging — politically and as a human being," she said.

Multiple crises have shown the importance of international cooperation while tackling the challenges that face the world, she said.

The chancellor added that the "last two years of the pandemic in particular" had shown "how important trust in political leaders, science, and public discourse really is."

Democracy, Merkel said, was also based on trust, "on solidarity, on listening to one another, and also on facts."

"I would like to encourage you in the future to look at the world from other people's perspectives as well," she concluded.

Merkel was the country's first East German chancellor and the first chancellor of post-war Germany to be seen off in Berlin.