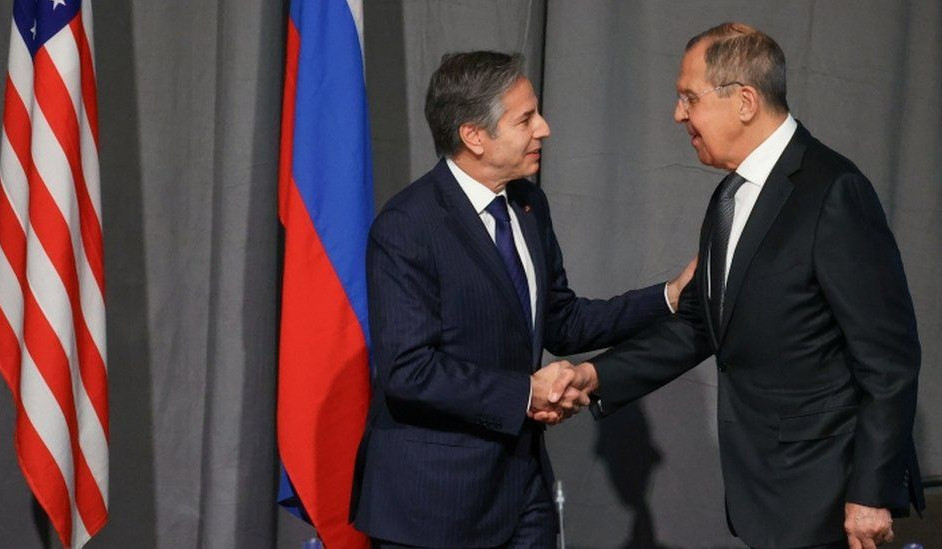 Russian Foreign Minister Sergei Lavrov told his U.S. counterpart Antony Blinken on Thursday (December 2) that President Vladimir Putin had made clear that Moscow did not want a new conflict over Ukraine despite tensions running high in the region.

Lavrov was speaking at the start of talks with Blinken on the sidelines of an OSCE meeting in Stockholm.

Ukraine says Russia has amassed more than 90,000 troops near their long shared border, while Moscow accuses Kyiv of pursuing its own military build-up. It has dismissed as inflammatory suggestions it is preparing for an attack on Ukraine and has defended its right to deploy troops on its own territory as it sees fit.

The Kremlin said on Thursday that the probability of a new conflict in eastern Ukraine remained high and that Moscow was concerned by "aggressive" rhetoric from Kyiv and an increase in what it called provocative actions along the line of contact between government forces and the pro-Russian separatists.