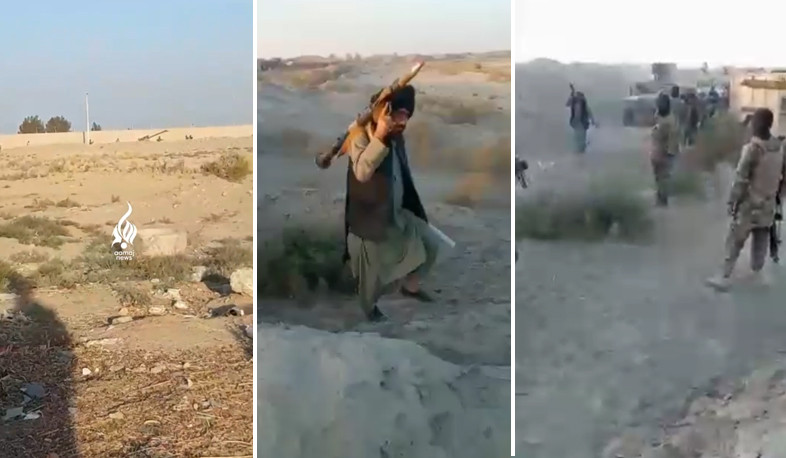 “The clashes ended and Iran is discussing the dispute over the border with the Taliban,” Tasnim said, adding that reports over the capture of an Iranian border camp by the Taliban were false.

The incident near the Afghan district of Shaghalak in Nimroz province has now ended, confirm both Mehr News Agency and Tasnim.

Iranian officials are holding meetings with Taliban over the matter, Tasnim said, adding that the Taliban was first to open fire on an Iranian border post earlier on Wednesday.

According to the local people in the areas located between Iran and Afghanistan, clashes have recently taken place between Iranian border guards and the unknown armed men in Sikhsar region in Iran's Sistan and Balochistan Province on the border with Nimruz province of Afghanistan.

According to local people, the clashes came after the unknown armed men made troubles for Iranian farmers whose lands cross a border wall that Iran recently built to curb smuggling and drug trafficking from the Afghan side of the border but some pieces of land belonging to the Iranian farmers were divided by the wall.

Meanwhile, it was reported recently that armed men fired on Iranian farmers, puncturing the tires of a number of their tractors because they misunderstood the wall and the activities of the Iranian farmers on their own lands.

The armed men reportedly deployed a lot of their gangs to the area on Wednesday morning and started firing at the positions of the Iranian border guards, which was followed by a response from the land forces of the Iranian army, and the Their positions were hit back by artillery.

No casualties have also been reported among the Iranian border guards.

Brigadier General Mollashahi, Sistan and Baluchestan border commander, has said that the peace is re-established in the are now.