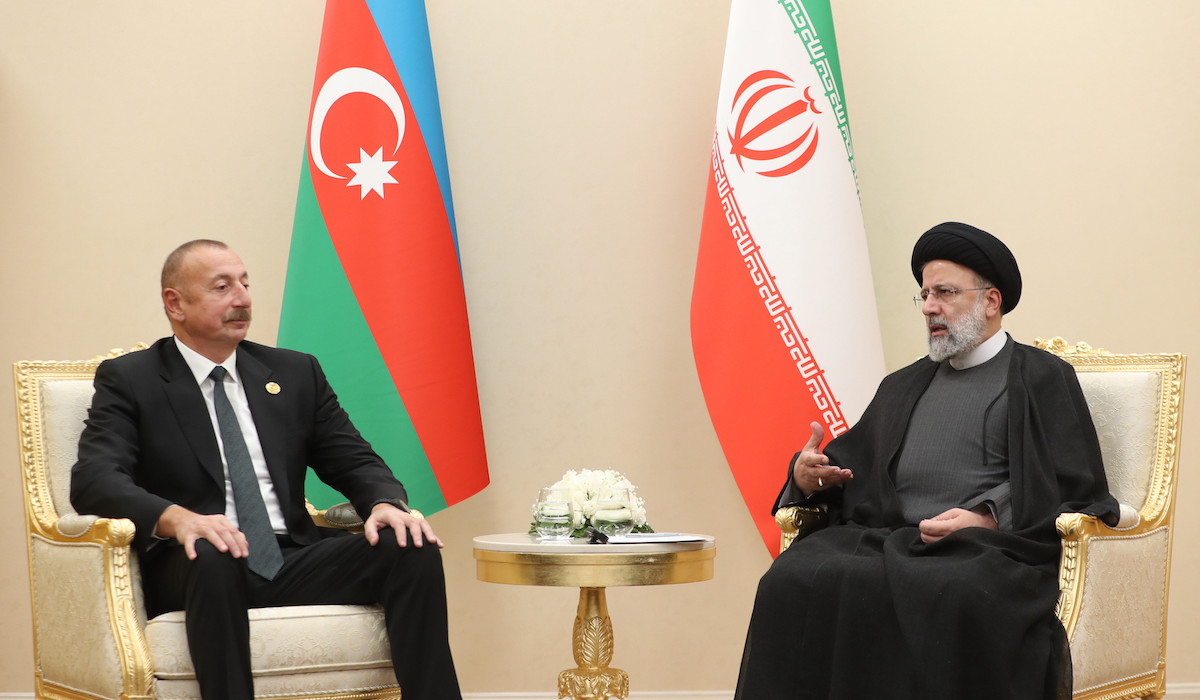 Presidents of Iran and Azerbaijan met in Turkmenistan

Iran, Azerbaijan and Turkmenistan signed a trilateral gas swap deal Sunday for up to 2 billion cubic meters per year.

Iran's Oil Minister Javad Owji, who was accompanying President Ebrahim Raisi to the ECO Leaders Summit, told reporters that under the swap deal, Iran will receive gas from Turkmenistan and deliver an equivalent amount to Azerbaijan.

Turkmenistan will sell 5 to 6 million cubic meters of gas per day to Azerbaijan through Iranian territory.

The deal is expected to be implemented in less than a month, before the winter sets in.

Speaking to reporters after the deal was signed, Raisi said it will "strengthen ties" between the three countries, which experts see as a sign of de-escalation in tensions between Tehran and Baku.

Iranian government spokesman Ali Bahadori Jahromi in a tweet late Sunday said the gas that Iran will receive under the agreement will cater to the needs of at least five provinces of the country.