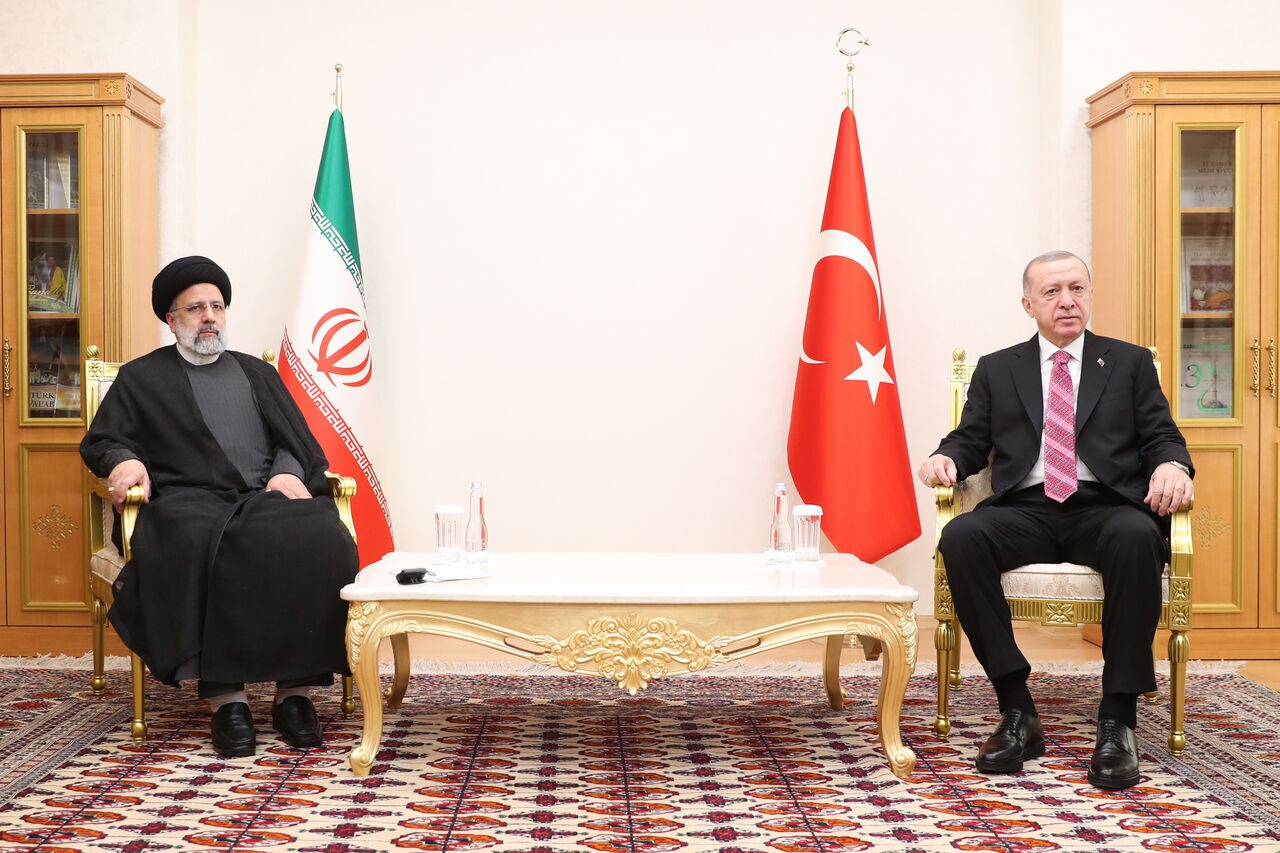 The President of the Islamic Republic of Iran Ebrahim Raisi met with his Turkish counterpart, Recep Tayyip Erdogan, on the sidelines of the 15th ECO Summit in Ashgabat.

"Iran and Turkey can bring the economic and political relations between the two countries closer to the strategic level by improving the current level of trade and exchanges," Raisi said in the meeting.

Referring to the wide and diverse areas of cooperation between Iran and Turkey in various sectors, including energy, banking and monetary affairs, and trade and commerce, the Iranian President added that "we must facilitate the development of economic ties and in this regard, preferential tariffs can be reviewed".

According to IRNA Raisi referred to the cooperation and close relations between Iran, the Republic of Azerbaijan, and Turkey and said that the three countries have many cultural, religious and ideological commonalities, and while these relations should not be allowed to be disrupted, but as close as possible.

Erdogan, for his part, said in the meeting that his country considers it necessary to develop and strengthen bilateral and regional ties with the Islamic Republic of Iran, stressing that "we can make a leap in the relations between the two countries, especially in the economic sectors".