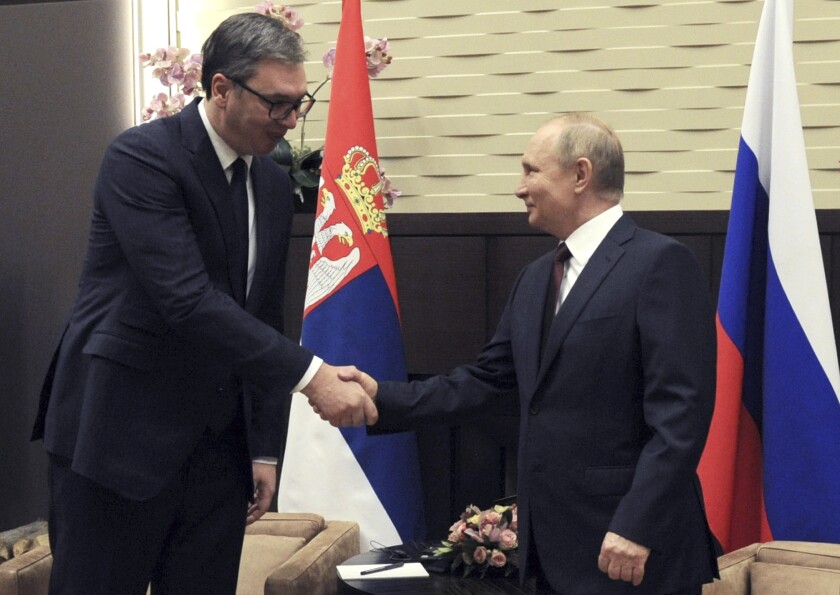 Putin voiced confidence that a new contract for gas supplies to Serbia would be signed quickly to replace the current one that expires at year-end.

“We will find a solution that would definitely be acceptable to our Serbian friends,” Putin said at the start of talks at his Black Sea residence in Sochi with visiting Serbian President Aleksandar Vucic.

Putin also mentioned that Russia would continue to staunchly support Serbia amid recent tensions with Kosovo.

“We support your position on the Kosovo settlement, and I hope that the situation will eventually evolve in a way that would conform to the interests of all people living in the region,” he said.

Kosovo was a Serb province until a 1998-1999 insurrection by ethnic Albanian rebels sparked a bloody Serbian crackdown. That pushed NATO to carry out a 78-day bombing campaign to force Serbian troops out of Kosovo. The war left more than 10,000 people dead. Kosovo declared independence in 2008, but Serbia hasn’t recognized it. Kosovo-Serbia ties remain tense despite a European Union-facilitated dialogue over the past decade to normalize them.

Although formally seeking EU membership, Serbia has refused to align its foreign policies with the 27-nation bloc and has instead strengthened its alliance with Russia and China.