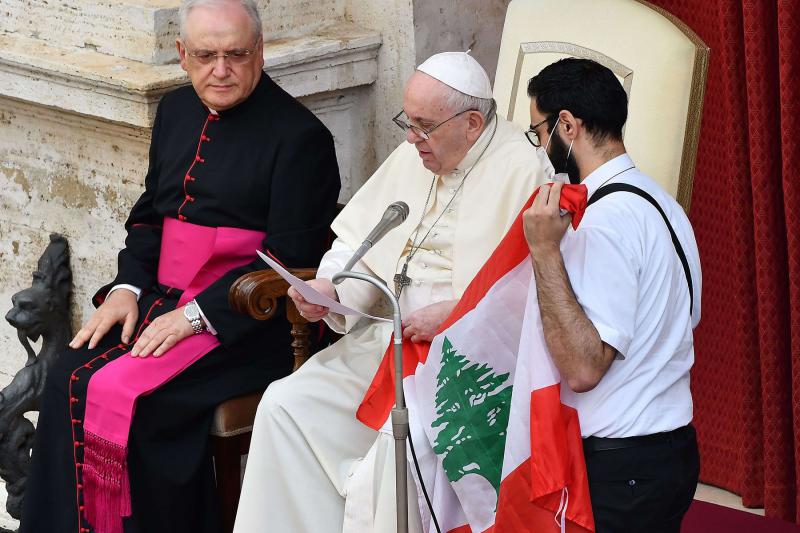 Pope Francis, meeting the Prime Minister of Lebanon, on Thursday (November 25) likened the country to a dying person and asked God to give its people the strength to "arise".

Francis and Prime Minister Najib Mikati, who took office in September in the midst of a devastating economic and social crisis, met privately for about 20 minutes.

The fallout from Lebanon's financial collapse in 2019 has left large swathes of the nation in poverty and foreign donors are demanding an audit of the central bank and financial reforms before they release funds.

The U.N. children's fund said in a report this week that more than half of families in Lebanon had at least one child who skipped a meal amid a dramatic deterioration of living conditions.

"Lebanon is a country, a message and even a promise worth fighting for," Francis said afterwards in comments to the extended delegation, according to the Vatican.

He then referred to Gospel story in which Jesus raises up the 12-year-old daughter of Jairus, who was believed dead. But Jesus told the parents she was only sleeping and told the child to get up.

"I pray that the Lord will take Lebanon by the hand and say 'arise," Francis told the group, saying that it was going through a "very difficult, ugly period" of its history.

"I assure you of my prayers, my closeness and promise to work diplomatically with countries so that they unite with Lebanon to help it rise up," he said.