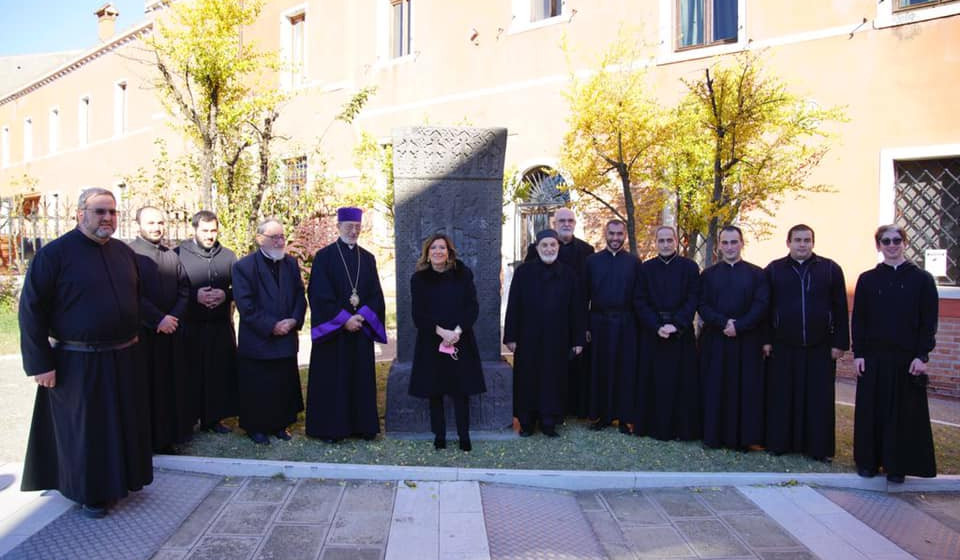 President of the Italian Senate Maria Elisabetta Alberti Casellati visited the Armenian island of St. Lazarus in Venice, the Armenian Embassy in Italy informs on its Facebook page.

Mrs. Casellati was received by the Pontifical Delegate of the Mekhitarist Congregation, His Eminence Archbishop Levon Zekiyan.

Armenia’s Ambassador to Italy Tsovinar Hambardzumyan, Prefect of Venice Vittorio Zappalorto, Honorary Consul of the Republic of Armenia in Venice Gagik Sarukhanyan, as well as many representatives of regional and national authorities were present at the meeting.

The Armenian community welcomed the visit, which comes to confirm the strong friendly ties between Italy and Armenia on institutional platforms.