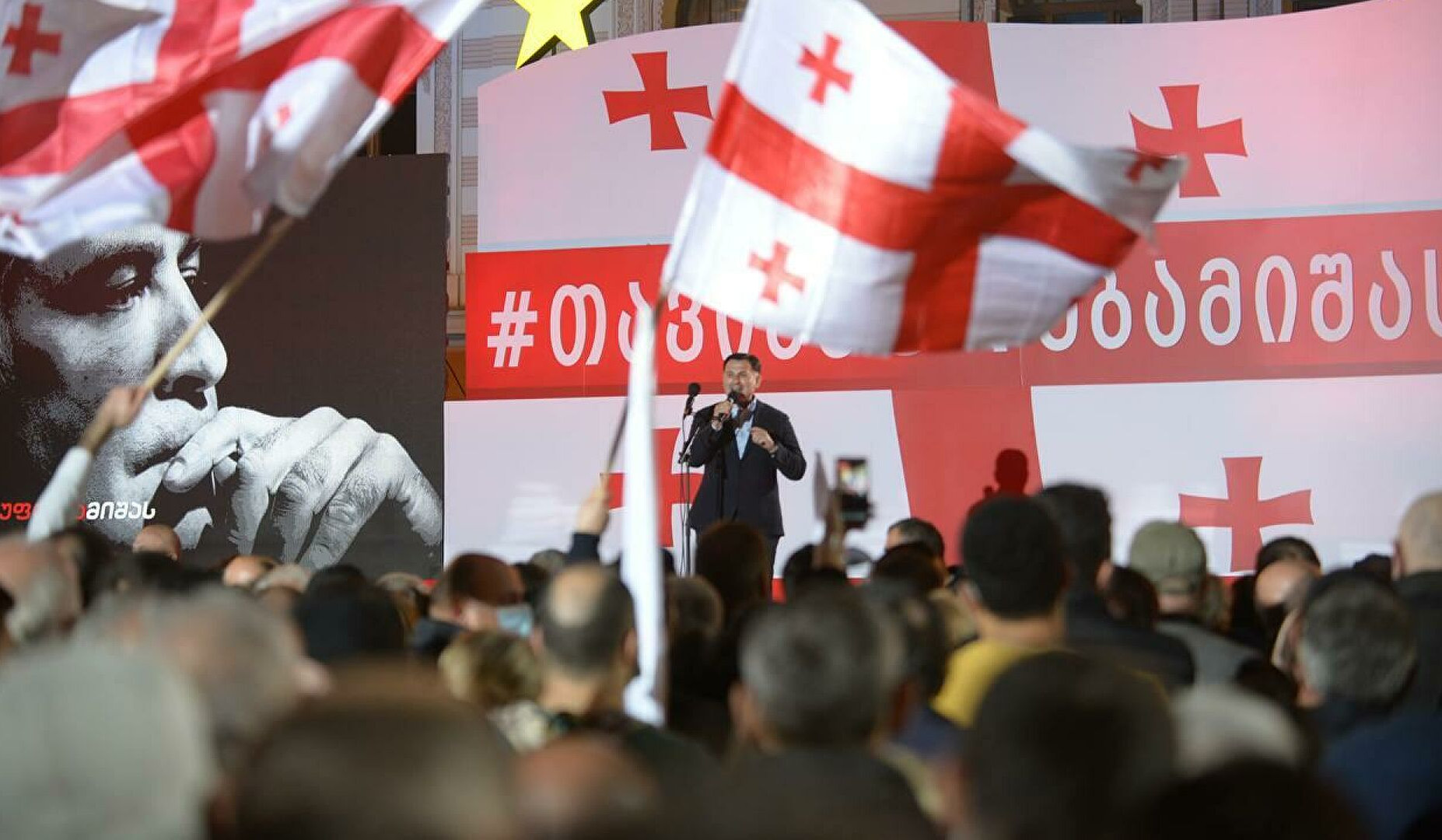 Protest rally in Batumi in support of Saakashvili

Protesters under the slogan ‘For Unity and Freedom’ demand his release. The participants called for supporting the opposition candidates in the second round of the mayoral elections.

After the rally, some supporters of the ‘National Movement’ will march to Rustavi prison, where Mikheil Saakashvili is. The organizers of the protest informed that during the march they will stop in different cities, where they will hold rallies in defense of the former president.