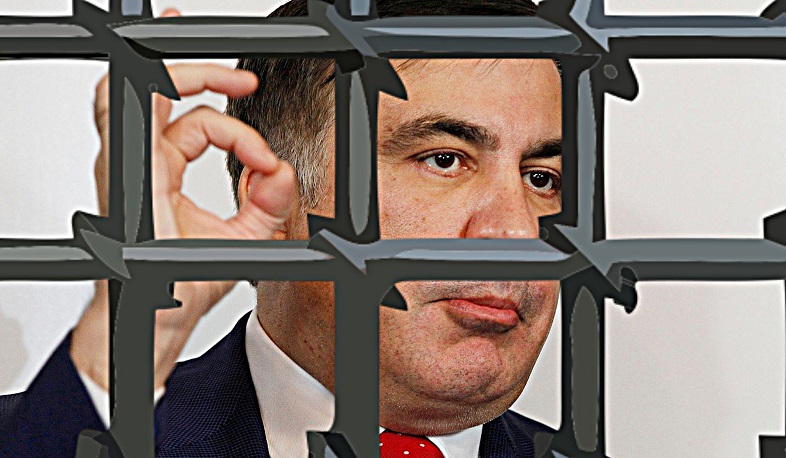 The Special Penitentiary Service of Georgia says former president Mikheil Saakashvili has violated the prison regulations by addressing the crowd from a cell earlier today.

The penitential service announced that Saakashvili, who had a bathing day, was isolated in a bathroom when he approached the window of the cell and shouted at the crowd outside the prison.

Reportedly, any noise that causes disorder and affects the safety of the prison is considered a disciplinary violation.

Saakashvili’s lawyer Dimitri Sadzaglishvili said the ex-President ‘had visual communication’ with the crowd that had gathered in front of the No. 12 penitentiary facility in the town of Rustavi.

“I love you”, Saakashvili shouted at the individuals passing by the prison, saying he is lucky to have an opportunity to express his gratefulness for their solidarity.

Saakashvili, who was detained in Tbilisi on October 1, faces seven criminal charges, including the recent illegal crossing of the state border.

Now a citizen of Ukraine, Saakashvili does not admit the crimes calling himself a 'political prisoner'.