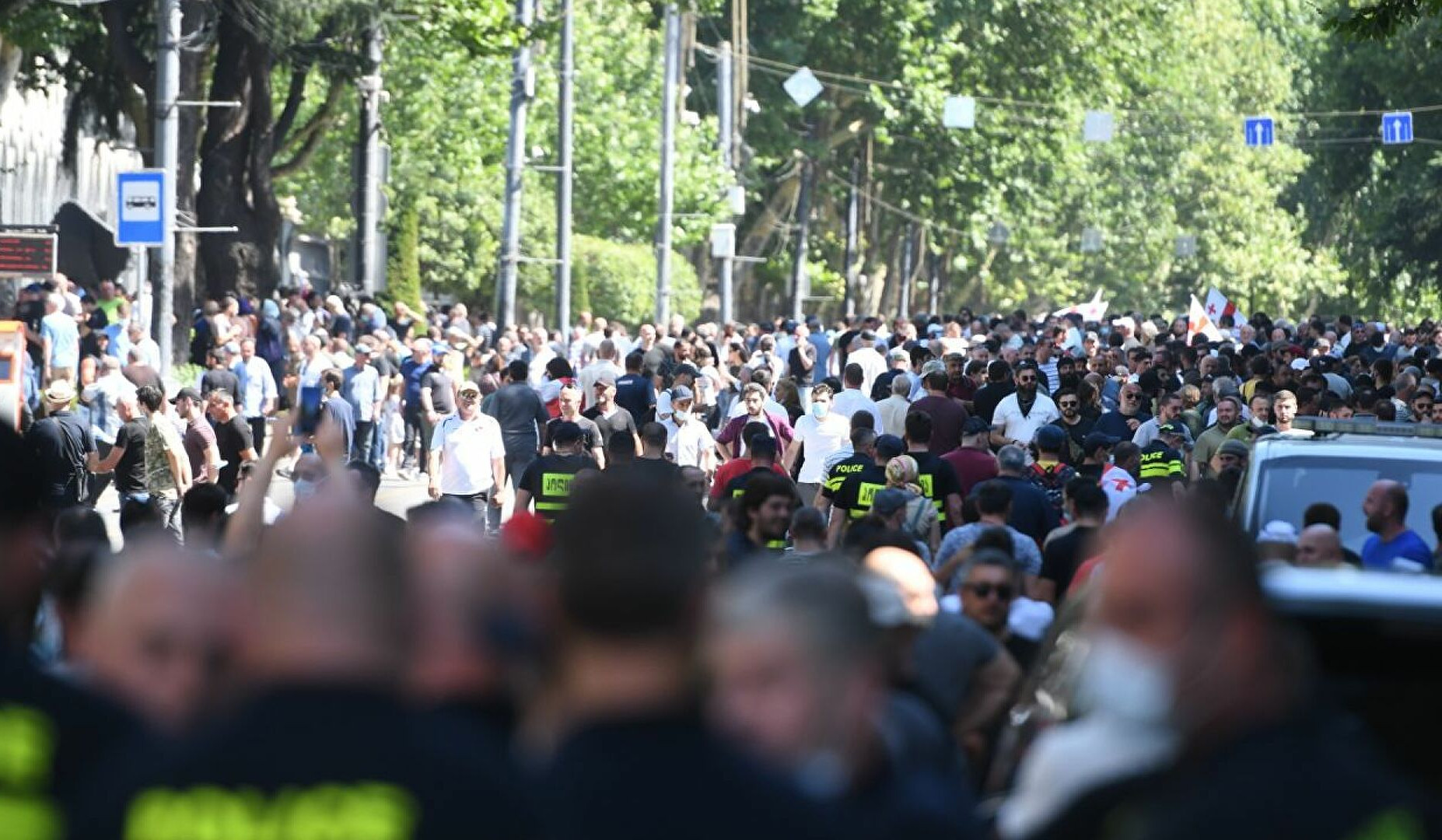 A protest rally is underway on Freedom square in Tbilisi. Protesters demand the ex-President of Georgia Mikheil Saakashvili to be released from police custody.

Part of protesters say that they plan to stay in Tbilisi before Saakashvili enjoys freedom.

Traffic flow is blocked on Republic square at this point.

The police are on the scene.