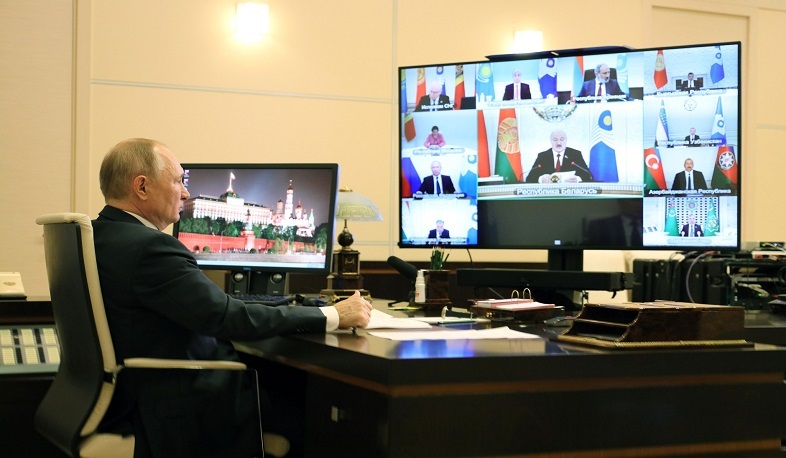 Russian peacekeepers act as guarantors of ceasefire in Nagorno-Karabakh: Putin

Russian peacekeepers are the guarantor of the ceasefire regime in Nagorno-Karabakh, Russian President Vladimir Putin said on Friday at a meeting of the Council of CIS Heads of State, TASS reports.

“The Russian peacekeeping contingent acts as the guarantor of the achieved ceasefire regime. With our assistance, the delivery of humanitarian cargo is carried out, the territories are being cleared of mines, and, I want to draw your attention, on both sides, in both territories, both in Azerbaijan and in Armenia, life support systems are being restored , medical assistance is provided to the population, tens of thousands of displaced persons, over 52 thousand people returned to their homes,” Putin said.

The President of the Russian Federation noted that the CIS area is not void of disagreements and contradictions.

“And it’s really bad when these contradictions lead to sharp conflicts between individual CIS member states, as it happened, unfortunately, last year in Nagorno-Karabakh,” he stated. Putin expressed gratitude to his CIS colleagues for assessing Russia’s efforts to end the conflict.