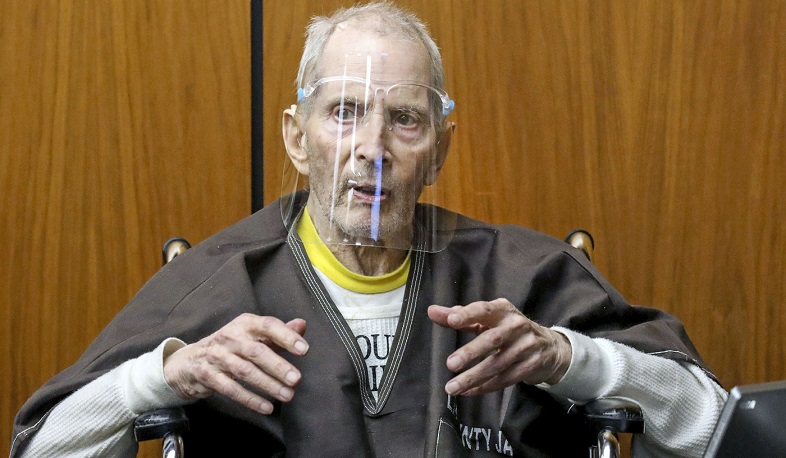 Robert Durst: US millionaire sentenced to life for murder

Durst was found guilty of killing Susan Berman in 2000 to stop her talking to police about his wife's disappearance.

Then aged 55, she was found shot in the head in her Beverly Hills home. Police believe he killed two others as well.

Prosecutors called Durst, 78 who appeared in the Los Angeles court for his sentencing a "narcissistic psychopath". Durst denied killing his friend.

His sentence for first-degree murder excludes any possibility of parole, meaning he will now very likely die in prison.

The crime carries special circumstances, the jury decided, including murder while lying in wait, and murder of a witness.

Durst's lawyers told the judge on Thursday that he intends to appeal his conviction. Durst himself spoke to the judge only once to say "yes" when asked if he was waiving his right to appear at a future hearing.