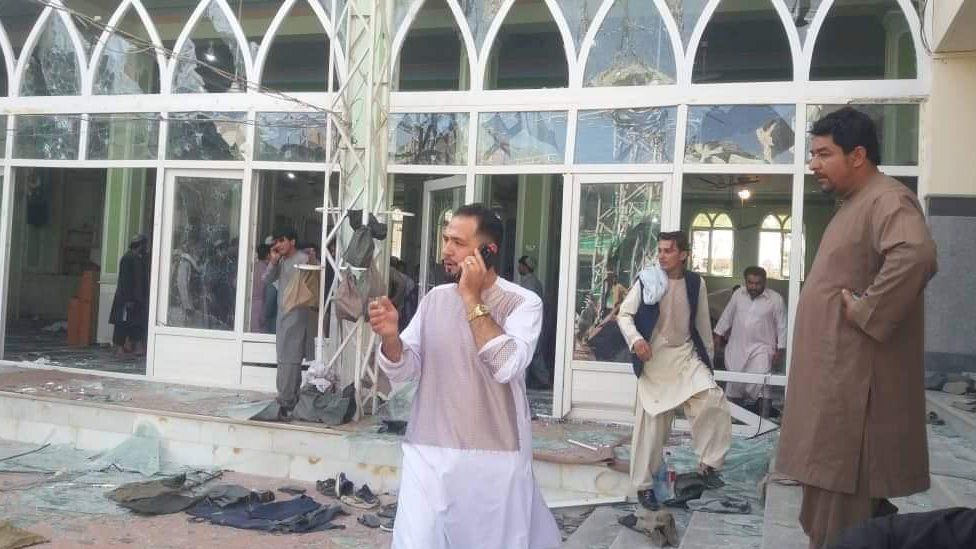 Blast at mosque in Afghan city of Kandahar, at least seven dead

A large explosion tore through a Shi'ite mosque in the southern Afghan city of Kandahar during Friday (October 15) prayers, killing at least seven people and wounding 13, officials and provincial leaders said, Reuters reports.

Qari Saeed Khosti said authorities were collecting details of the explosion, which took place days after a suicide bomb attack claimed by Islamic State on a Shi'ite mosque in the northern city of Kunduz that killed scores of people.

Nematullah Wafa, a former member of the provincial council, said the blast occurred at the city's Imam Bargah mosque. He said at least seven bodies and 13 wounded had been taken from the blast site but added that the number of casualties may rise.

Taliban special forces arrived at the mosque to secure the site and an appeal went out to residents to donate blood for the victims.

There was no immediate claim of responsibility.

The blast, coming so soon after the Kunduz attack underlined the increasingly uncertain security in Afghanistan as Islamic State stepped up operations following the Taliban victory over the Western-backed government in Kabul in August.