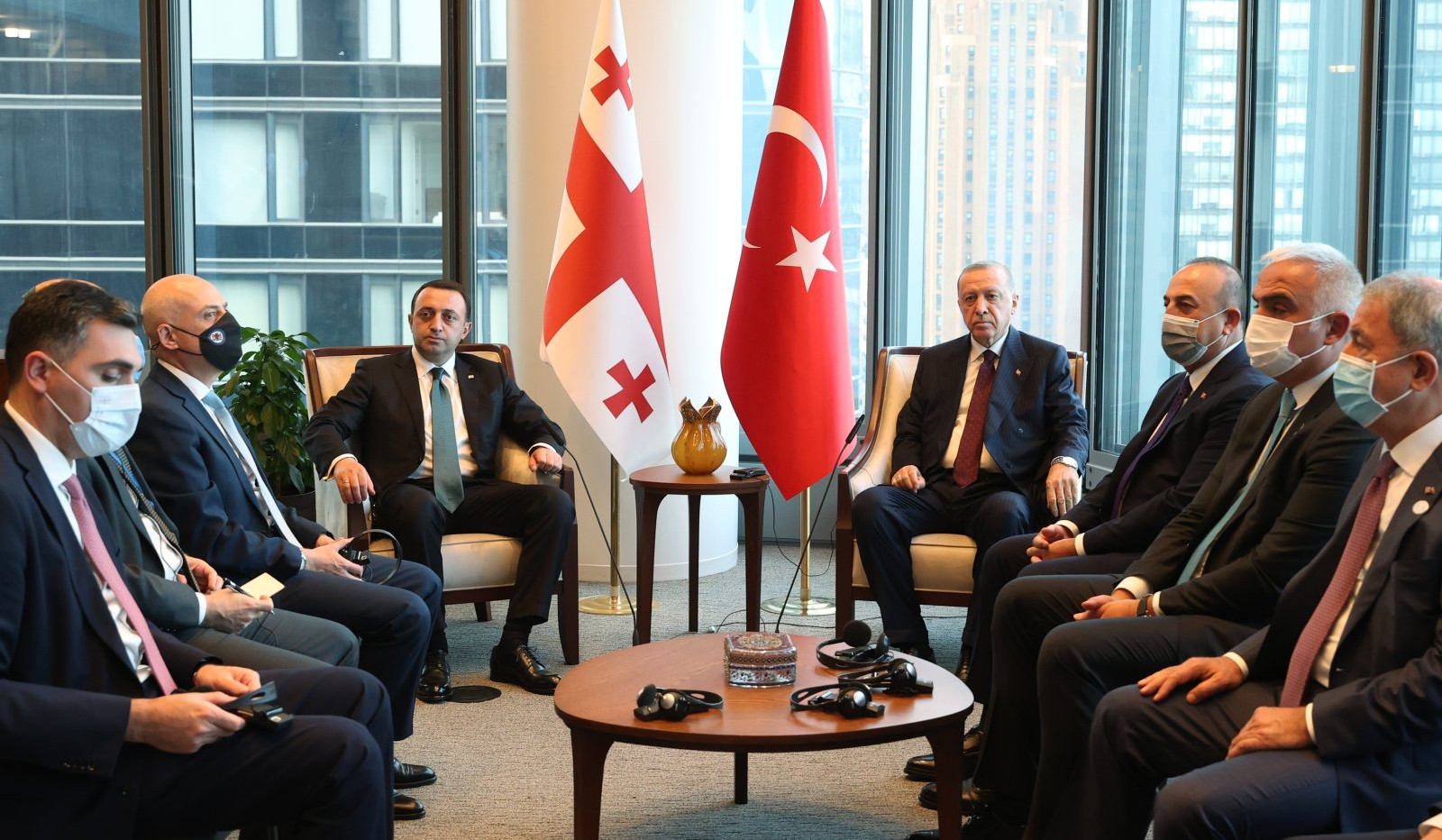 We are ready to have peacekeeping role: Garibashvili

Turkish President Recep Tayyip Erdogan and Georgian Prime Minister Irakli Garibashvili discussed the situation in the South Caucasus in New York. The leaders of the two countries spoke about the return of 15 Armenian prisoners of war (POWs) by Azerbaijan through the mediation of the Georgian government in exchange for maps of minefields.

“Garibashvili and Erdogan stressed that this exchange is a good basis for cooperation between neighbors,” the press release reads.