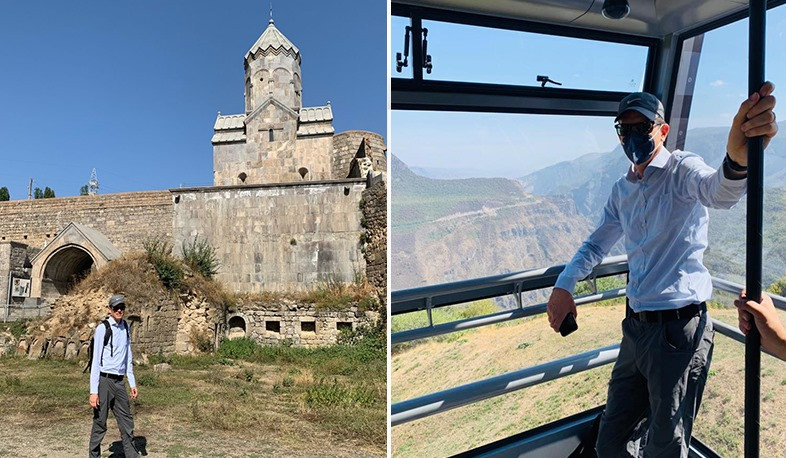 As we reported earlier, Syunik Governor Melikset Poghosyan received the newly appointed US Deputy Chief of Mission Chip Leitinen, who was accompanied by the embassy's military attaché and head of the political and economic office.
The US Embassy informs that Chip Laitinen and his traveling partners, all new to Armenia, enjoyed the picturesque landscape of the Syunik region and could not miss the spectacular view of the Tatev Monastery.
“While in Meghri, they also stopped by St. Hovhannes (St. Sargis) Church to enjoy the beauty and uniqueness of this pearl of Armenia’s medieval cultural heritage.
Thanks to an Ambassadors Fund for Cultural Preservation project, along with other substantial preservation and restoration work, the church’s rare, 17th century frescoes were restored a few years ago,” the US Embassy’s Facebook post reads. 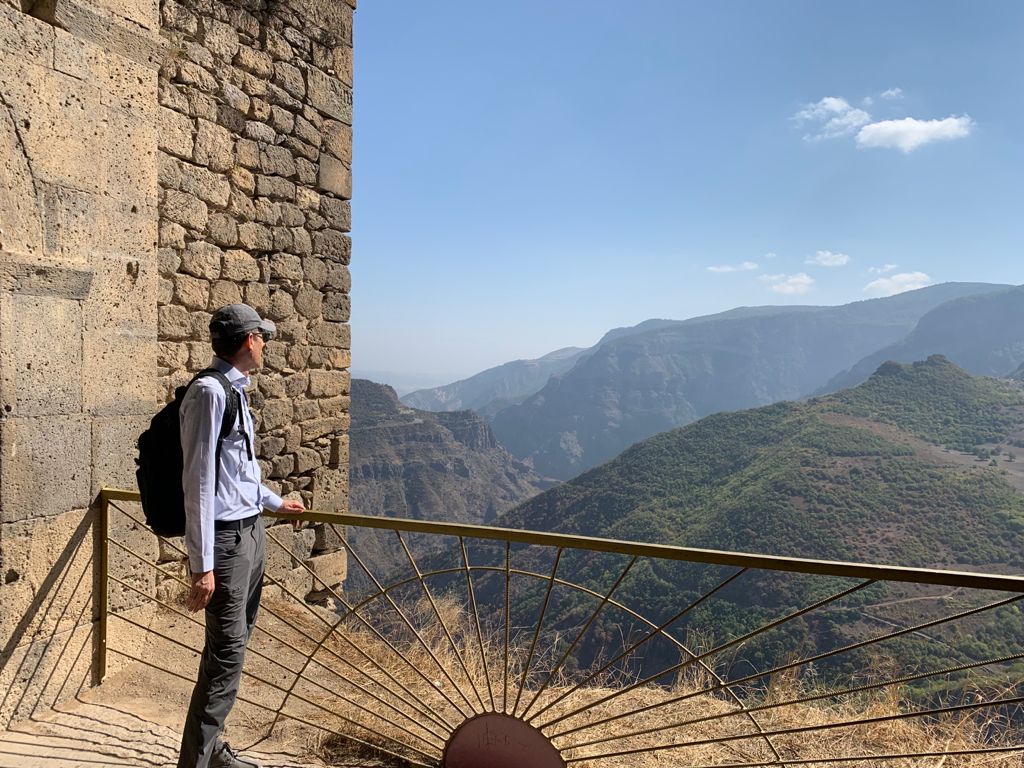 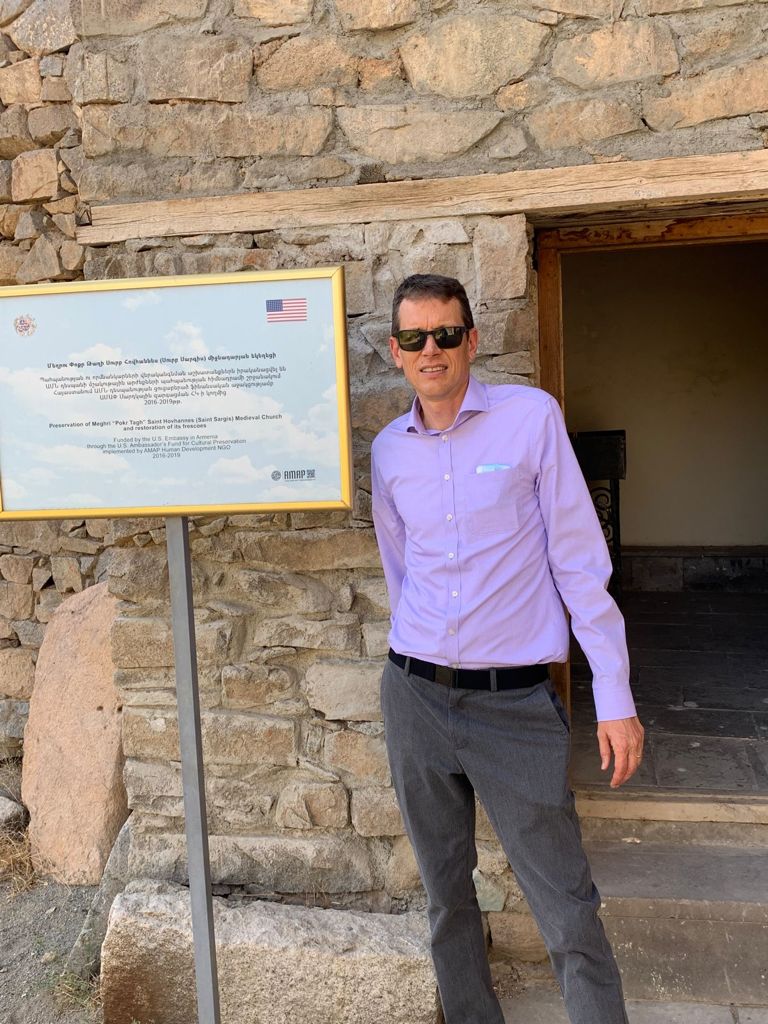 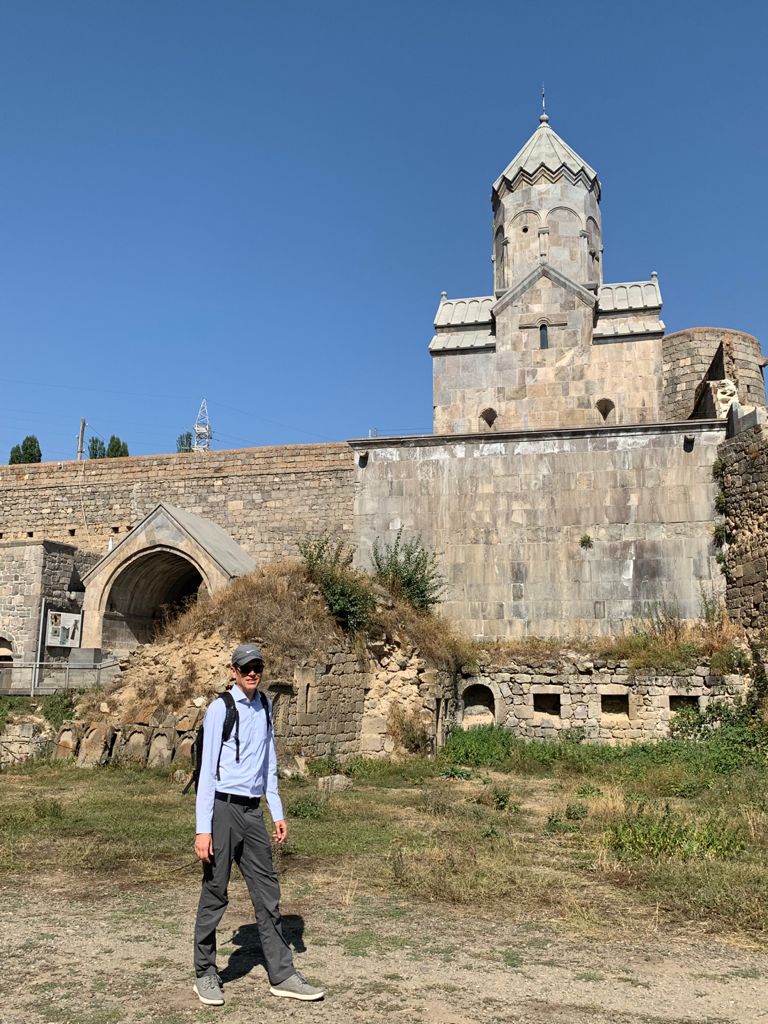 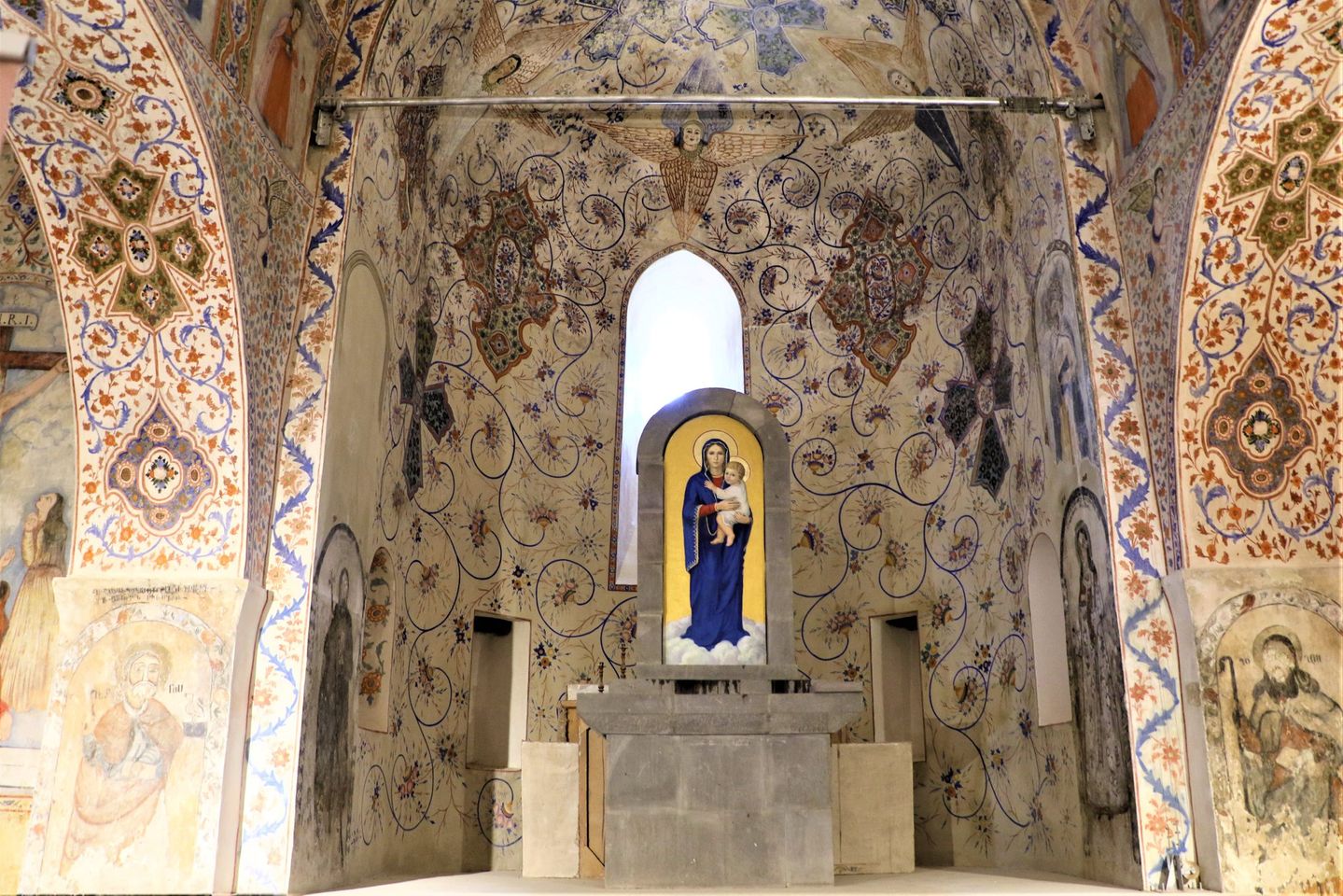