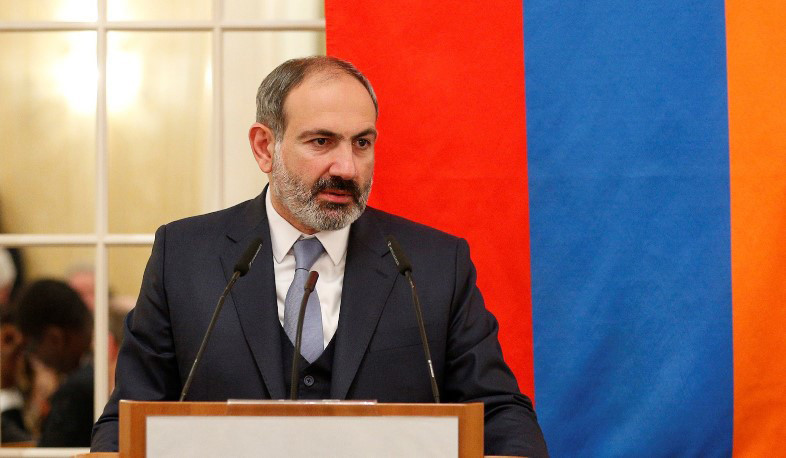 Artsakh is wounded today, but it is standing, it has support of Armenia and all Armenians: Nikol Pashinyan

Armenia’s Prime Minister Nikol Pashinyan sent a congratulatory message on the occasion of the 30th anniversary of the proclamation of the Artsakh Republic (Nagorno-Karabakh).

30 years ago on this day, the people of Artsakh announced the establishment of the Nagorno Karabakh Republic through a declaration adopted by the legitimate authorities.
By that the Armenians of Artsakh confirmed their right to dispose of their life and future and live freely. That decision was reinforced through a general referendum held on December 10 of the same year. Thus, this manifestation of the will of the people, which was the result of the Karabakh movement that had began in 1988 and was based on our people's aspiration for democratization and freedom, became one of the examples of the expression of the right of nations to self-determination in the 20th century.
This was carried out in accordance with the letter and spiritt USSR legislation and constitutional law և spirit and was flawless both in its form and content.
The people of Artsakh exercised their legal right; any violence against it is directed against humanity, human civilization, natural human rights.
This was the case with the violence against the people of Artsakh immediately after the declaration of independence, the war, after which the term "Nagorno Karabakh conflict" entered the agenda of international relations. The OSCE Minsk Group was established, the three Co-chair countries of which were endowed with a mediation mission aimed at the settlement of the conflict. Unfortunately, the conflict was not resolved, the violence continued, reaching its most disgusting manifestation in 2020, unleashing war against the Republic of Artsakh which pursued the goal of resolving the conflict by force.
That war, despite all the efforts of the adversary, did not achieve its goal. Today Artsakh, though wounded, is still standing and enjoys the full support and assistance of Armenia and all Armenians.
We remember all our martyrs who fell in the struggle for the freedom of Artsakh, and we bow to them.
The right of the people of Artsakh to self-determination is sacred. It cannot be suspended by the use of force. That is why we insist at all international platforms today that the Nagorno Karabakh conflict is not settled. This is also evidenced by the statements of the Co-chair states. The conflict is awaiting its comprehensive settlement through a peace process based on the well-known principles proposed by the OSCE Minsk Group Co-Chairs.
As a result of the process, the status of Artsakh should be finally clarified on the basis of the right of nations to self-determination. The resumption of the peace process within the framework of the Minsk Group Co-Chairs will also be a significant factor in establishing and maintaining stability in the region.
We well understand that in the 21st century nations can not survive, be competitive, develop without favorable conditions for economic and scientific progress.
Therefore, the stability of the external environment, the lasting peace, really become imperative for all the peoples of the region.
Dear compatriots,
I congratulate all of us on the occasion of Artsakh Republic Day.

I wish the people of Artsakh good health and endurance of spirit. I believe that Artsakh can become the symbol of lasting peace and stability in our region,” the message reads, in particular.