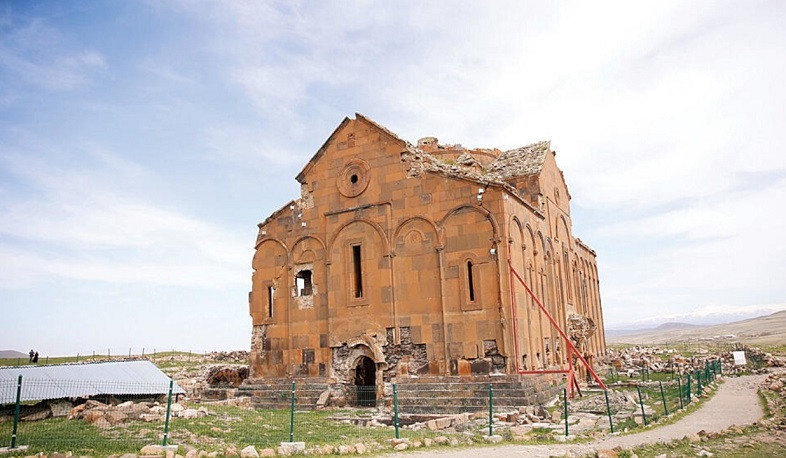 Excavations to uncover hidden past of Ani ruins in eastern Turkey

Excavations have begun at four different points in the ruins of Ani, an ancient city in the eastern province of Kars that has long been regarded as one of Turkey’s most impressive tourist sites, Duvar English reports.

According to the UNESCO website, Ani, which is next to Turkey's closed border with Armenia, was the capital of the medieval Armenian kingdom of the Bagratides in the 10th century.

Also called "the world city", "the city of 1,001 churches", "the cradle of civilizations", and "the city with 40 Doors", the ancient city was added to UNESCO’s World Heritage List in 2016.

Having hosted several civilizations since its foundation, the ancient city houses invaluable historical buildings, such as churches, cathedrals, mosques, palaces and baths.

The new excavation works will further uncover the hidden history of the ancient city. Planned to last for 12 months, the works are carried out under the partnership of the General Directorate of Cultural Heritage and Museums of the Ministry of Culture and Tourism and the Kafkas University (KAÜ).

The works are run with the participation of 35 people, including scientists and students.

The ancient pieces that are being unearthed during the excavations are being displayed at the Kars Museum.