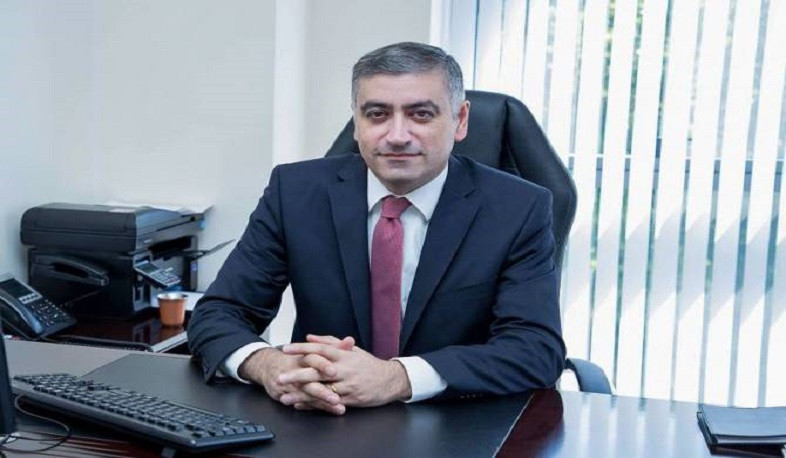 On July 29, the Permanent Representative of the Republic of Armenia to the OSCE, Ambassador Armen Papikyan addressed a speech on the issue of ‘The aggression of Azerbaijan against Artsakh and Armenia with the direct involvement of Turkey and foreign terrorist fighters’ included in the agenda of the OSCE Permanent Council. This was reported by the Armenian representation in the OSCE.

At the last meeting of the Permanent Council, the Delegation of Armenia informed about the armed provocations instigated by the armed forces of Azerbaijan in the western and eastern segments of the Armenia-Azerbaijan State border, which led to the killing of an Armenian serviceman by sniper fire. We also warned that the situation was deteriorating, and that the continuous escalation of the situation by Azerbaijan could snowball into a full-scale confrontation.

In the early morning of 28 July, at about 3:40 am, units of the Azerbaijani armed forces, still illegally remaining in the sovereign territory of Armenia since their incursion on 12 May, attacked a position of the armed forces of Armenia and attempted to seize it and advance further into the sovereign territory of Armenia. Unfortunately, during the repelling of Azerbaijan’s attack, lieutenant Hayk Gevorgyan, privates Koryun Harutyunyan and Davit Kocharyan were killed and four others were wounded.

The shelling and shoot-out continued into the mid-morning, with Azerbaijani side firing also in the direction of the villages of Sotk, Kut, Azat, Norabak, Nerkin Shorja, Verin Shorja of the Gegharkunik province of Armenia. Moreover, as reported by local residents, the villages of Kut and Verin Shorja were directly targeted by the Azerbaijani armed forces.

According to reports, the Azerbaijani side also suffered losses. Responsibility for these meaningless losses lies on the politico-military leadership of Azerbaijan.

This was one of the most serious military provocation since the signing of the 9 November trilateral ceasefire statement. With its aggressive actions and rhetoric, Azerbaijan is trying to disrupt any opportunity for dialogue, and continues to discredit the trilateral statement signed by the leaders of the three countries.

The Armenian delegation has repeatedly expressed concern over the lack of an adequate and robust international response to the aggressive actions of Azerbaijan and the belligerent statements of its leadership. We believe and would like to reiterate once again that the lack of an adequate response by the international community to the use of force against Artsakh and the flagrant violations of international humanitarian law the Helsinki Final Act principles, mass atrocities perpetrated against the people of Artsakh, including ethnic cleansing, encouraged Azerbaijan to make the use of force as the main instrument of its foreign policy, thereby threatening regional peace and security.

The Armenian delegation also expressed its concern about the completely unacceptable and inexplicable displays of diplomatic support for Azerbaijan’s ambitions by some participating States, which have been engaged in questionable initiatives that are detrimental to efforts aimed at rebuilding trust and establishing a lasting and sustainable peace. As in the past, impunity for crimes committed, combined with illegal visits and demonstration of support, is perceived by the Azerbaijani leadership as an absolution for its aggressive and destructive behavior.

These flagrant violations of the trilateral ceasefire statement of 9 November 2020, are a logical continuation of the aggressive posturing and bellicose rhetoric of the president of Azerbaijan. The Azerbaijani leadership does not shy away from openly stating its claims to the territory of the Republic of Armenia. In a recent interview, the president of Azerbaijan, while admitting that the Azerbaijani military units are located in the territory of Armenia, reiterated Azerbaijan’s nonsensical and spurious territorial claims against the Republic of Armenia, stating, in particular, that “Zangezur” was the land of their ancestors. A claim that could be easily refuted by anyone with basic knowledge of history. Though, one should acknowledge that there is a peculiar version of history invented and taught in Azerbaijan.

The Ministry of Foreign Affairs of Armenia strongly condemned the military provocation of Azerbaijan, which further undermined regional peace and security, and stressed that the military-political leadership of Azerbaijan bears full responsibility for further escalation of the situation.

In this context, we regret that the Chairperson-in-Office, remained silent and did not condemn yesterday`s flagrant violation of ceasefire by Azerbaijan. The muted reaction of our international partners, including the OSCE, is one of the main reasons for such an unapologetic behavior of Azerbaijan.

Azerbaijan violated almost all provisions of the trilateral statement of 9 November 2020, and my delegation has explicitly described those violations during the last meeting of the Permanent Council. Azerbaijan's actions are in clear defiance of and complete disregard for its international obligations, international law, including international humanitarian law.

Another outrageous violation of the provisions of the trilateral statement is the continued detention of Armenian prisoners of war and other captives. Azerbaijan also continues the mock trials of Armenian prisoners of war and civilian captives. In particular, a few days ago, a court in Baku convicted two civilians - Mr. Davit Davtyan and Mr. Gevorg Sujyan to 15 years of imprisonment on trumped-up charges of espionage and illegal border crossing. Both were captured on 11 November 2020, after the signing of the trilateral statement, while delivering humanitarian aid to the people of Artsakh affected by the 44-day war of aggression.

13 prisoners of war were sentenced by an Azerbaijani court to six years in prison on charges of illegally crossing the border and possession of weapons.

In addition, on 26 July, a resident of the village of Machkalashen of Artsakh's Martuni region was captured by the Azerbaijani armed forces and later returned to Artsakh with the mediation of the Russian peacekeepers. During just a few hours of detention in Azerbaijani captivity, the man was severely beaten and tortured, his right leg was seriously damaged.

We strongly condemn and denounce these actions of Azerbaijan and insist that all Armenian prisoners of war and other captives, including civilians, should be released and returned immediately and without delay, as stipulated in Article 8 of the trilateral statement of 9 November 2020.

By constantly raising the level of tensions – not least through military provocations in Artsakh and on the Armenian-Azerbaijani border, as evidenced by the recent incidents – Azerbaijan seeks to postpone indefinitely and endlessly the resumption of the Nagorno-Karabakh peace process and, ultimately, the settlement of the conflict. Only the resumption of the Nagorno-Karabakh peace process, under the auspices of the OSCE Minsk Group Co-Chairs, can create conditions for lasting peace in the region.

Armenia is willing to engage in the Nagorno-Karabakh peace process in good faith and will continue to act consistently in support of realization of the right of the people of Artsakh to self-determination, regardless of the efforts of Azerbaijan to remove this issue from the international agenda by all means, not least by denying the very existence of Artsakh and its people. The international community must reject such an approach in the strongest possible terms.

The current situation in Nagorno-Karabakh is the result of a flagrant violation by Azerbaijan of several core principles of the Helsinki Final Act, namely refraining from the threat or use of force; peaceful settlement of disputes; equal rights and self-determination of peoples; and respect for human rights and fundamental freedoms. No one should be under any illusion that the results of the use of force, accompanied by war crimes and violations of international humanitarian law, can ever become the basis for a lasting and sustainable peace. Such a peace can only be achieved in the region through a comprehensive settlement of the Nagorno-Karabakh conflict, which must include determining the status of Artsakh on the basis of the realization by the people of Artsakh of their inalienable right to self-determination, ensuring the safe and dignified return of recently displaced population to their homes, and preserving the cultural and religious heritage of the region.

I kindly ask you to attach this statement to the journal of today’s meeting.