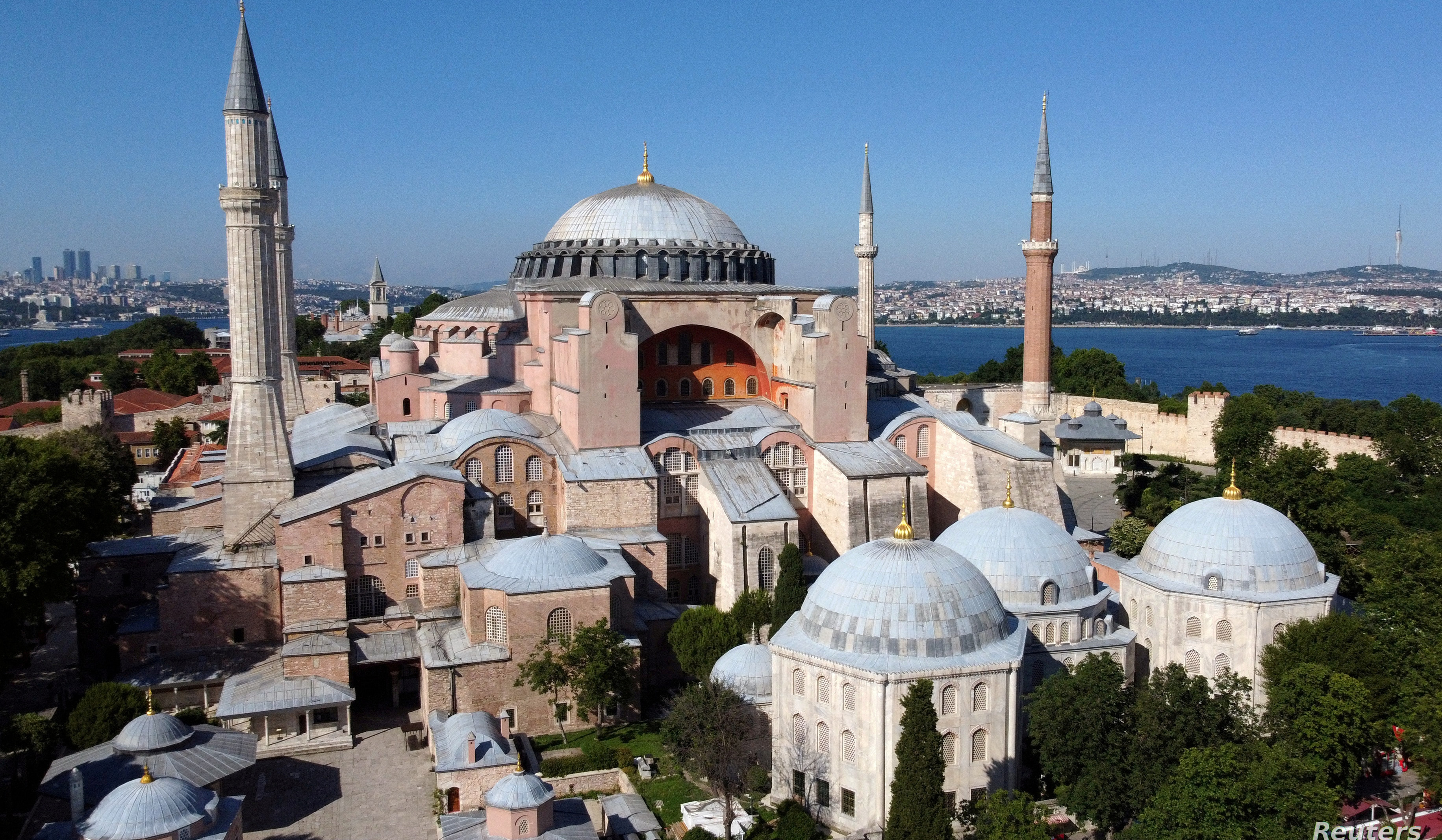 The World Heritage Committee of the UN’s cultural agency UNESCO on Friday asked Turkey to submit by early next year a report about the state of conservation of the Hagia Sophia, expressing “grave concern” over the consequences of its conversion into a mosque, AFP reports.

Turkey’s move last year to convert the revered Byzantine-era Hagia Sophia cathedral from a museum into a mosque sparked fury from the international community and added to tensions with Greece.

A month later Ankara ordered another ancient Orthodox church to be converted into a mosque.

The  Holy Saviour in Chora was a medieval Byzantine church decorated with 14th-century frescoes of the Last Judgement that remain treasured in the Christian world.

The UN body’s World Heritage Committee asked Turkey to submit by Feb 1, 2022 “an updated report on the state of conservation of the property.”

It said it “deeply regrets the lack of dialogue and information” over Turkey’s intention to change of status of Hagia Sophia and Chora museums.

The committee expressed “grave concern about the potential impact of changes at these key components may have on the Outstanding Universal Value of the property” and urged Turkey to engage in international cooperation and dialogue before any further major changes are implemented at the property.

The World Heritage Committee is meeting in China for its annual session to review its list of sites with UNESCO’s coveted world heritage label, which is seen as boosting prestige and tourism.

If it is unhappy with the state of conservation of a site it can be listed as in danger or even deleted, as happened this year with the waterfront of the English city of Liverpool.