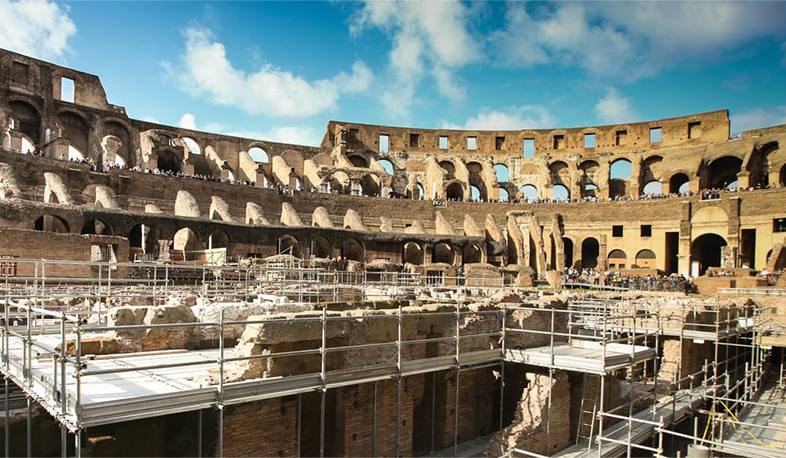 Some things never change in Rome, they say. Now, however, the Colosseum has proved that theory wrong, by opening its subterranean levels to the public, CNN reports.

It is not only the first time in 2,000 years that the area -- described as the "heart" of the building -- has been open; since the underground levels, or "hypogea," were where gladiators and animals waited before going into combat, this is the first time in the monument's history that the public has ever been allowed in.

Now, tourists will be able to walk through the passageways on a wooden platform and admire the corridors and archways which interconnected the hypogea between the rooms where gladiators and animals waited, before entering the elevators which would catapult them onto the arena.

Back then, the hypogea was illuminated by candlelight. But with the arena's original ground level long destroyed, it is visible from the Colosseum's upper levels, and the sunlight filters down into its depths.

Italy's Ministry of Culture unveiled the enormous restoration of the vaults and passageways where those going into combat awaited. The works were a joint project in conjunction with Italian fashion brand Tod's and company CEO Diego Della Valle attended an unveiling ceremony.