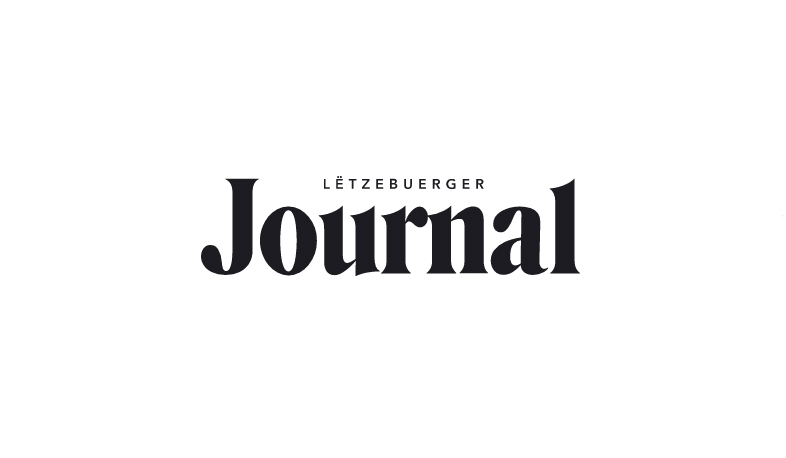 The leading Luxembourg newspaper The Journal published an extensive article on the Second Artsakh War, the dictatorial regime of Azerbaijan, and Azerbaijan-Luxembourg relations. The article is presented below:

A recent verbal attack on the Grand Duchy put Azerbaijan's President Ilham Aliyev on the radar of many Luxembourgers. But what exactly is the deal with Azerbaijan, and why should we care a lot more than we do now?

“I advise you to be very afraid of this country, which attacked us brutally. And I told all of our officials, ‘keep silent; otherwise, they will come and occupy us. Do you know which country is that? [sic]?” Azerbaijan’s President Ilham Aliyev had a big smile on his face leading up to his punchline, which fell on the deafening silence of a muted Zoom meeting. “The country is Luxembourg.”

Aliyev had previously lamented the reaction of Luxembourg to the war between Azerbaijan and Armenia in the summer of last year. Foreign minister Jean Asselborn had described the war as having originated from Azeri aggression towards Armenia, with the help of its ally Turkey. The 2020 war has made Aliyev pick several fights with some unlikely adversaries. In May, he went after Canada for criticizing Baku’s Military Trophy Park. The public park in Azerbaijan’s capital displays seized military goods from the Armenian army, including helmets of fallen Armenian soldiers. Wax figures are supposed to show Armenian soldiers in battle, with diplomats internationally criticizing that they dehumanize Armenians for war propaganda.

The consequences of war

The conflict, more often armed than otherwise, between these countries, concerns the control over a region known as Nagorno-Karabakh. The latter is a landlocked territory within the Republic of Azerbaijan, internationally recognized for being a part of Azerbaijan, but controlled by the non-recognized Republic of Artsakh, supported by Armenia. As such, whether you refer to the region as “Nagorno-Karabakh” or “Artsakh” can mean to some that you show a political opinion towards either side.

In 1920, Armenia and Azerbaijan were embroiled in a fight over the control of Nagorno-Karabakh, which was broken up by the fact that both countries were made a part of the Soviet Union, subsequently becoming Soviet Republics. Against expectations - given that Nagorno-Karabakh is to this day inhabited mainly by Armenians - Soviet leader Joseph Stalin left the region under the control of Azerbaijan, freezing the conflict in place. The end of the Soviet Union thawed it out. The First Nagorno-Karabakh War lasted from 1988 to 1994, caused the death of 17,000 soldiers on both sides and just as many civilian casualties. The fact that Armenia won this war, as well as the displacements of thousands of civilians, did not solve the issue but rather deepened the conflict.

Since 1994, several border clashes and sporadic fighting have marked the region. What happened last summer was the latest all-out war between the two nations.

The intricacies of this conflict reach far beyond the questions of who started the war and who has a legitimate claim to the land in question. As international actors are getting involved, the conflict is more polarized than ever, and so are the alliances that come out of it. Turkey supports Azerbaijan because of the “one nation, two states” doctrine of the Turkic people; both countries being culturally and linguistically very close. On the other side, Russia supports Armenia, partly due to cultural and religious proximity, partly due to its geostrategic interests in the region. The latest war was ended through Russia's diplomatic activity and peacekeeping operations – an odd situation given that in numerous other situations, Russia is often seen as the aggressor.

Tatev Engel is the Honorary Consul of the Republic of Armenia in Luxembourg. She says, only three countries in Europe reacted very clearly to the war, firstly, France, secondly Luxembourg, and the Netherlands. However, the Armenian representatives in Luxembourg feel that voicing support is just not enough to de-escalate the region.

The Armenian ambassador to Luxembourg, Tigran Balayan, revisits the jokes of Azerbaijan’s president Ilham Aliyev: “He used this gathering to mock a country [Luxembourg], which has four to five times the GDP of Azerbaijan despite having no natural resources. Why? Because Luxembourg stands for appeasement and tolerance.” Ambassador Balayan has strong words for Azerbaijan in an interview given to Journal, calling president Aliyev “Mini-Erdoğan”, and calling for sanctions to be imposed on the Aliyev family. He also underlines that Turkey, Azerbaijan’s ally, cannot be trusted. “Does any country within NATO look at Turkey as a reliable partner?” Balayan is adamant that more European intervention is needed to keep Azerbaijan in check and that any military action would have been helpful.

Luxembourgish Foreign Affairs Ministry said that “Luxembourg does not impose any independent sanctions. Possible sanction measures will be discussed and decided upon in conjunction with European partners at the EU level.”

In the aftermath of President Aliyev’s comments about Luxembourg, Journal reached out to Azerbaijan’s embassy in Luxembourg, located in Brussels. We invited a representative to be interviewed in our video format “Elo mol éierlech” (‘Let’s be honest’), but were told that the embassy has received instructions not to speak publicly about the comments of the president. We were referred to official press releases by Azerbaijan’s Ministry of Foreign Affairs condemning Jean Asselborn, one of which says that “Jean Asselborn repeated the thesis of Armenian propaganda” with regards to Nagorno-Karabakh.

The same embassy also points out that Luxembourg has not been entertaining a warm relation with Azerbaijan in the past decades: “Concerning the bilateral visits of officials of two countries it should be mentioned that starting from 2009, three times the Minister for Foreign Affairs of Azerbaijan was on a working visit to the Grand Duchy of Luxembourg and not a single visit was paid to Baku by his Luxembourgian [sic] counterpart.” Luxembourg’s Foreign Affairs Ministry says that the last high-level meeting between Luxembourg and Azerbaijan took place at the World Economic Forum in Davos in 2017. All in all, the diplomatic relations between both countries are frosty. The fact that Luxembourg’s parliament voted in 2015 to recognize the Armenian genocide certainly did not contribute to the relationship with Azerbaijan, which it, just like Turkey, does not recognize.

Trade between Luxembourg and Azerbaijan is officially negligible, as numbers by the statistics office STATEC show. In 2020, Luxembourgish exports to Azerbaijan were €14 million (€5 million in financial services), while imports from Azerbaijan were a mere €5 million. In its response to our questions, Luxembourg’s Economy Ministry says: “For at least 5–6 years, no Minister of the Economy has been on a mission or on a visit to AZ. We have no data on the economic presence of AZ.” While the ministry might not, Luxembourg’s commercial register does.

The State Oil Fund of the Republic of Azerbaijan (SOFAZ) has, according to its 2019 financial report, five entities in Luxembourg. Those are:

The first two are set up for property management (SOFAZ Europe S.C.S is registered for the purpose of “vehicle security”), the last three serve investment management, according to SOFAZ’s 2019 annual report. In total, all five holdings manage assets amounting to over €2.6 billion. According to official records, these holdings are co-managed by employees of Zedra Luxembourg, a company that specializes in the management of “high-net-worth individuals and families”. Zedra Luxembourg was not available for comment about their business with SOFAZ.

Officially, the Chamber of Commerce Azerbaijan-Luxembourg (CCLA) has existed since 2007 as a private non-profit, registered at 25C, Boulevard Royal in Luxembourg-City. However, the organization also appears to have an office at 11A, Boulevard Joseph II in Luxembourg’s capital—an address shared with the “Azerbaijani Cultural Association in Luxembourg”. However, this chamber of commerce has not responded to emails or phone calls by Journal, nor has any Luxembourgish organization or government institution confirmed having had contact with the CCLA.