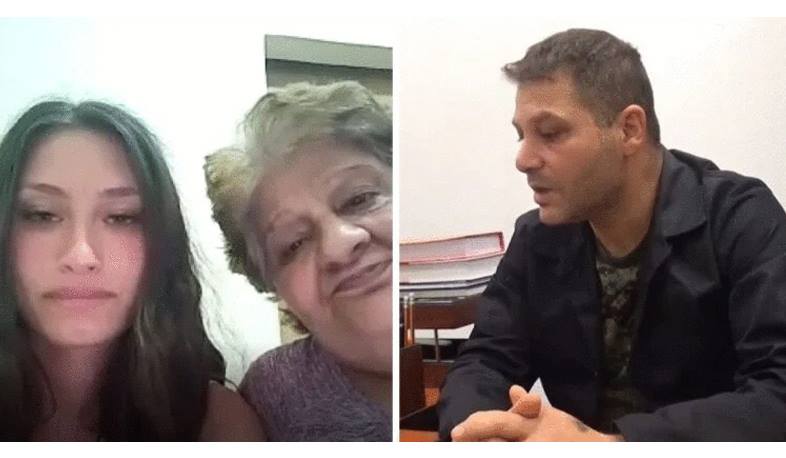 The family of the Lebanese-Armenian Vicken Euljekjian, who is facing terrorism-related charges in Azerbaijan, is campaigning desperately for his release, maintaining his innocence, The961.com reports.
Opposing the claim of Azerbaijan’s investigation, which stated that Vicken was offered $2,500 to fight in the war, his family insists that no such thing happened.
“My father is not a terrorist and not a mercenary,” his daughter Christin, 18, told The961. She said that like any Armenians, he volunteered to fight for his country, but never took part in it.
“My father did not stay in the war, he did not like it. He is a simple Armenian citizen who went to Armenia to give us a better life,” she said.
Vicken received Armenian citizenship in 2018 and moved permanently in November 2019. In Yerevan, he bought a 7-seater Honda and took tourists around on sightseeing trips.
After the Beirut Port explosion, he was one of many Lebanese-Armenians who were promised a house in Artsakh (Nagorno-Karabakh) by the Armenian government, his daughter told us.
Accompanied by Lebanese-Armenian Maral Najarian, he went to a hotel in Nagorno-Karabakh to wait for his government-promised apartment when the war unfolded.
Even after volunteering to fight in the war, Vicken was never deployed. “Like many Armenian men, my father volunteered in the defense army, but he did not like [it] and returned after 4 days,” Christin said.
“From October 19 until the end of the war, my father was in Yerevan with Maral Najarian and her sister Ani Najarian. My father was never never paid money as he did not stay in the war.”
She explained that on November 10, the day the ceasefire was signed, Vicken called the hotel to see if he could go back to collect things he and Maral, who was his fiancée, left when the war broke out.
There was no sign indicating that Armenians should not go to the area, Christin told us. Yet, on their way, they were stopped by Azeri soldiers who took their wallets, passports, and personal items.
Despite lack of proof or evidence of weapons or sharp objects in the car, Azeris proceeded to take both Vicken and Maral hostage.
After 4 months in Azeri captivity, Maral was released and returned to Beirut in March. But Vicken’s fate is still unknown.
Vicken, who is in a military hospital now, did not appear before the court this week. “He was not feeling well, he was crying, he was in pain,” Christin told us. “We all cried too. We are very concerned and worried about his health.”
“My father wanted to give me and my brother a better future. He is a good person and a good father,” she told us.
Author:Maro Tarverdyan
Views 38