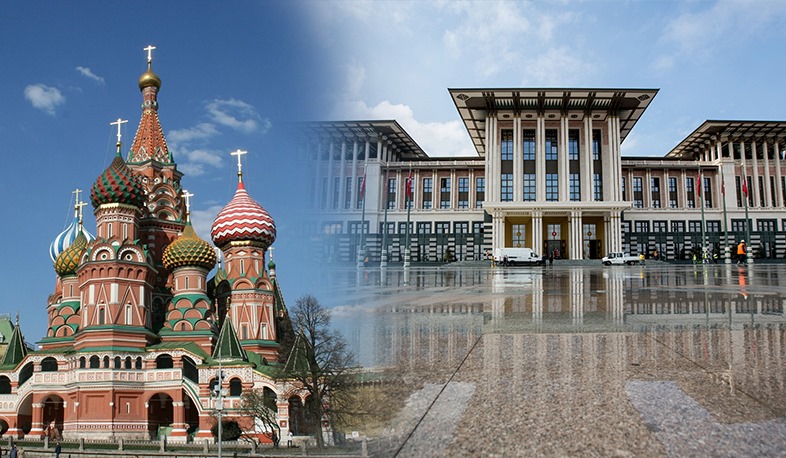 Dark clouds have again accumulated in the Russian-Turkish relations and they are connected with the ‘red lines’, the existence of which Moscow has been warning about for seven years. This refers to Crimea, suspicion of even the belonging of which Russia perceives as already unfriendly. The problem is that Ankara has recently joined the ‘Crimean Platform’, which was established on the initiative of Ukrainian President Zelensky, is an advisory-coordinating body, which aims to ‘de-occupy Crimea’ and return it to the Ukraine.

Today Russian Foreign Minister Sergey Lavrov spoke harshly to Turkey in an interview with ‘Argumenty i Fakti’ newspaper, warning that Turkey’s actions and position on this issue will not lead to anything good. Lavrov’s warning was apparently in response to a May 18 statement by a Turkish Foreign Ministry Spokesman that “Turkey understands the pain of our Tatar brothers deported from Crimea and each of our fraternal peoples deported from the Caucasus,” parallelly ‘reminding’ that Tsarist Russia 157 years ago invaded the Caucasus. It can be added, however, that in early April, Turkish President Recep Tayyip Erdogan welcomed the creation of the ‘Crimean Platform’, considering Russia’s “annexation of Crimea” unacceptable.

Turkey’s position on the Caucasus is not new. If we recall the collapse of the USSR and the post-Soviet period, it is impossible to ignore the fact that the main ideologue and sponsor of secession from Russia in the Caucasus was Turkey, which managed to provoke two wars in Chechnya, from time to time being able to involve Ingushetia and Dagestan in that war. One way or another, Russia managed to take control of this region in time and from that moment on, Turkey started the second act of the ‘Marlezon ballet’ in Crimea.

It should be noted in advance that at first this new game of Ankara had almost no anti-Russian element, as Turkey patiently waited for the time when Turkey, weakened by various revolutions and weakened by Poroshenko’s apical rule, would soften to the point that Turkey would annex Crimea, and it will not cause even the slightest reaction. It is another matter that Moscow was very careful about Ankara’s actions, as it clearly understands that it is one thing when Crimea is part of the Ukraine, but not so friendly, and quite another when there is a danger of Crimean Turkishization.

The X hour came in 2014, when Russia, in fact, thwarted the operation to take Crimea under Turkish control with the help of Crimean Tatars, literally taking the peninsula “under Ankara’s nose”. It is clear that this step of Moscow was perceived by Ankara as a hostile act, but it did not go to a direct confrontation, preferring the robe of a ‘fighter of justice’, declaring Crimea’s belonging to the Ukraine on all occasions.

Naturally, the Kremlin in any case reacted quite nervously to this attitude of Turkey, but also did not go to a direct confrontation, preferring to concentrate its efforts on the fight against the Ukraine-West tandem. However, as far as it is possible to assume from Lavrov’s statement today, this time Turkey has exceeded the permissible limit. In any case, the fact that the Russian Foreign Minister reminded that even Moscow’s serious disagreements with Ankara over a number of international events do not hinder full cooperation in a number of areas is more of a warning than a factual statement. And if we take into account the current state of the Turkish economy, Lavrov’s words can even be considered a threat.