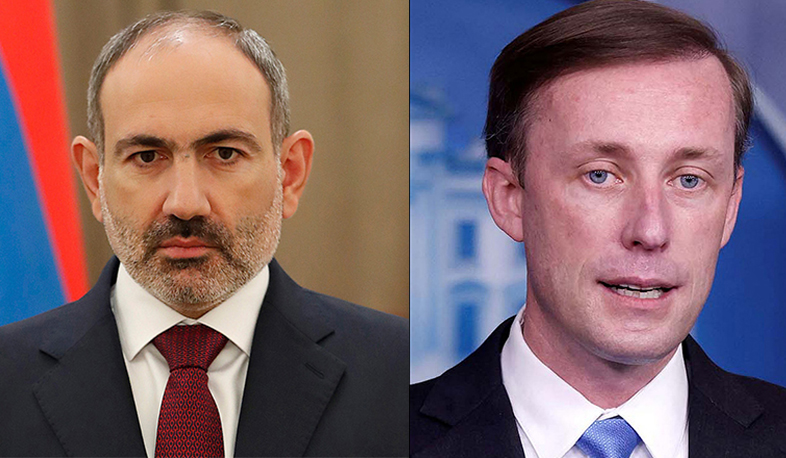 Thanking the U.S. President for the statement issued on the Armenian Genocide anniversary, Nikol Pashinyan noted its key significance.

The conversation focused on the situation on the Armenian-Azerbaijani border. The American side considered unacceptable the movements carried out by Azerbaijani troops inside Armenia’s state borders. Jake Sullivan noted that the U.S. position will be presented to Azerbaijan’s leadership with a demand to withdraw its troops from the Armenian territory.

Adviser Sullivan praised the restraint shown by the Armenian side in the current situation and the steps aimed at settling issues through diplomatic means. The American side expressed concern over the Armenian captives held in Azerbaijan and stressed the need to have them repatriated as soon as possible.

The U.S. National Security Adviser appreciated the Armenian government’s commitment to strengthening democracy and assured that the United States will continue to support Armenia in advancing its democratic agenda.