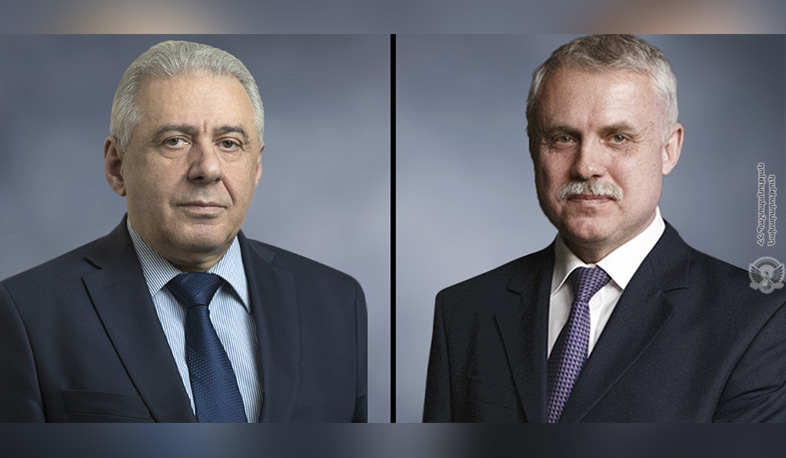 On May 14, Acting Minister of Defense of the Republic of Armenia Vagharshak Harutyunyan had a telephone conversation with Secretary General of the Collective Security Treaty Organization (CSTO), Stanislav Zas.

Vagharshak Harutyunyan presented in detail the situation in Syunik province created as a result of the Azerbaijani provocation and the actions taken by the Armenian side. Emphasizing the importance of settling the issue peacefully, Harutyunyan assessed such provocations against the sovereign territory of the Republic of Armenia as inadmissible, noting that such actions significantly jeopardize the fragile peace, threatening also the regional security. The Acting Defense Minister of Armenia also informed that the Republic of Armenia has officially applied to the CSTO over the situation.

Harutyunyan and Zas held a phone conversation also on May 13, following which the CSTO press service issued a press release, saying, “The CSTO is closely following the development of the situation in the border regions of the Syunik province of Armenia. As the situation develops, if necessary, actions will be taken under the provisions of the Collective Security Treaty and the CSTO Charter.”