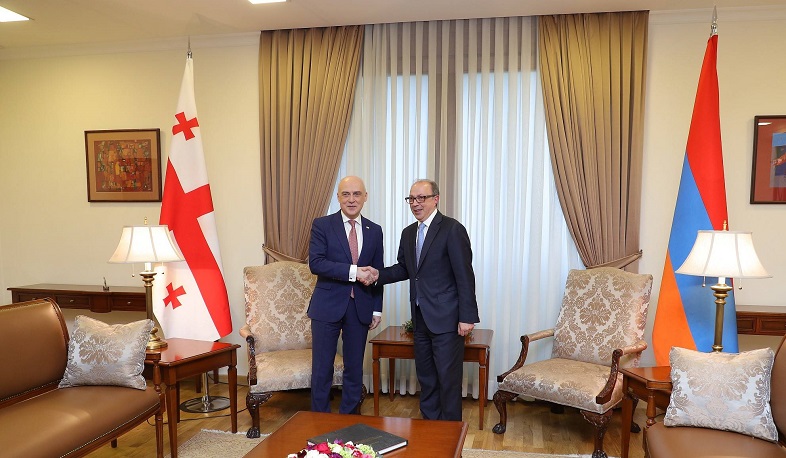 The interlocutors exchanged views on cooperation on both bilateral and multilateral agendas.

The sides reaffirmed mutual commitment to take steps to give new dynamics to the existing traditional neighborly relations, to raise the cooperation in the spheres of mutual interest to a qualitatively new level. Regular consultations between the foreign ministries of the two countries was highlighted in this regard.

The Foreign Ministers of Armenia and Georgia also referred to issues of regional security and interconnectedness. Ara Aivazian emphasized that use of force hampers the settlement of conflicts and disrupts regional peace and security.