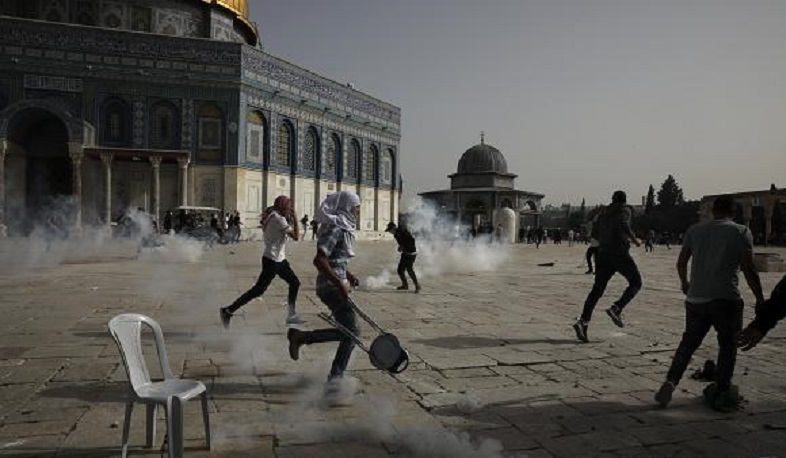 Nine children among 24 dead in Gaza amid Israeli-Palestinian violence

The fighting comes amid soaring tensions in Jerusalem, and follows days of clashes at the al-Aqsa mosque compound, the third holiest site of Islam and the holiest site of Judaism.

More than 700 Palestinians were hurt in clashes with Israeli security forces in Jerusalem and across the West Bank in 24 hours, including nearly 500 who were treated at hospitals.

Israeli Prime Minister Benjamin Netanyahu met with security officials and warned that the fighting could drag on, despite calls for calm from the US, Europe and elsewhere.

He said that “terrorist organizations in Gaza have crossed a red line and attacked us with missiles in the outskirts of Jerusalem,” adding “whoever attacks us will pay a heavy price.”